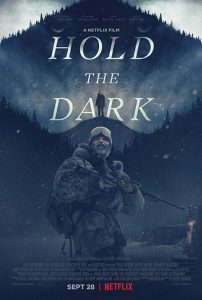 Synopsis: After the deaths of three children suspected to be by wolves, writer Russell Core is hired by the parents of a missing six-year-old boy to track down and locate their son in the Alaskan wilderness.

Note: To be released on Netflix. Film was initially selected to premiere at the 2018 Cannes Film Festival, but in retaliation for the barring of Netflix films competing at the festival, the producers pulled the film from selection, instead opting to debut it at a fall festival.