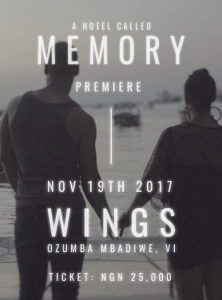 Synopsis: The film, set in Lagos, Cape Town and Zanzibar, tells the story of Lola, who recently separated from her husband, seeking solace in Zanzibar, hoping to forget and move on with her life. READ REVIEW

Note: This film has no dialogue. Premiered at the Lights Camera Africa Film Festival in 2017.