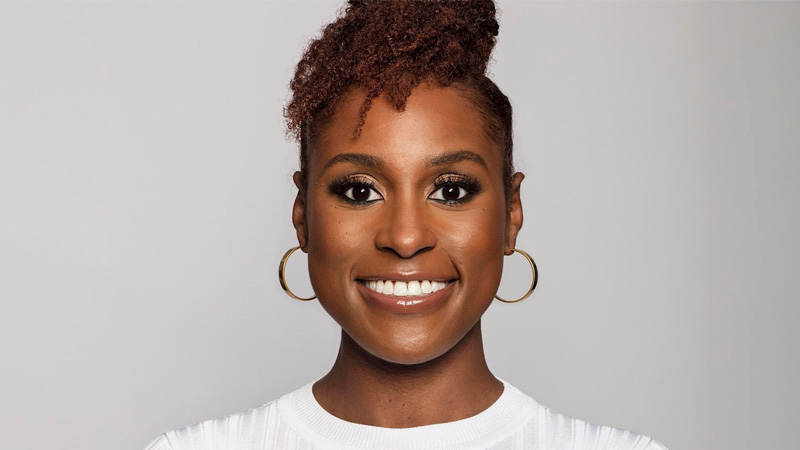 Issa Rae says she had every reason to think she could be a filmmaker when she was growing up.

“The ’90s had lots of black television and film … a lot of the shows were helmed by black people,” she recalls. “That’s what inspired me to at least try it.”

She may have only been 5 years old when “A Different World” — a spinoff of “The Cosby Show” that took place at a historically black college and ran on NBC from 1987 to 1993 — went off the air, but it left its mark.

But perhaps even more influential was “Love & Basketball.” The 2000 romantic drama, written and directed by Gina Prince-Blythewood, stars Omar Epps and Sanaa Lathan as childhood friends who fall for each other while they’re both pursuing careers on the court.

“It took place in my neighborhood in Los Angeles,” says Rae, 35, who grew up in Inglewood. “It was a story about a tomboy who played basketball, which I identified with. Omar Epps was gorgeous, and Sanaa Latham was every woman in a way that I hadn’t seen before — a relatable black woman. And then behind the scenes it was directed and written by a black woman. It just felt so grounded. It was just a regular love story that wasn’t rooted in any kind of trauma. It wasn’t rooted in any major deceptions.”

In short, Rae says, “It made me want to be a filmmaker.”

Rae is sitting in the production offices of “Insecure,” the HBO series that has earned her Golden Globe and Emmy nominations as well as a Peabody Award. I’m interviewing her for an upcoming episode of “The Big Ticket,” Variety and iHeart’s movie podcast. She’s just begun promoting “The Photograph,” a romantic drama in which she stars as a New York City museum curator who unexpectedly finds love with a magazine reporter (Lakeith Stanfield) after he reaches out to her to talk about photos taken by her late photographer mother. “The Photograph” was written and directed by Stella Meghie, whom Rae met when she directed an episode of “Insecure” in 2018.

The film hits theaters on Feb. 14, just five days after the Oscars will be handed out. Shortly after Rae and John Cho announced the nominations on “Good Morning America,” the Academy came under fire for the lack of diversity among nominees. Cynthia Erivo is the only person of color nominated in the acting categories.

“Of course I was bummed out and irritated,” says Rae. “But I’m also just tired of having these conversations, and will we be satisfied next year if there are more nominations, and does that really represent the fact that the Academy is changing or actually diverse? It’s just like we get these little carrots here and there, and yeah, I’m tired of those conversations.

“All I can do is either discredit the Oscars as a non-objective party to merit film or buy into it and just be like, ‘Oh, maybe those films weren’t worth nominating,’ but I think it’s just a tired conversation.”

But she knows it’s a conversation that will continue.

“There are a lot of bumps,” Rae says. “I feel like we’re always in these cycles. Like this is not the first time this has happened. This won’t be the last time. We’ll see what the Oscars do next year with the attention and the ears and eyes of so many people. But then conversely, you have people being like, ‘Oh, now they’re the affirmative action awards.’ So it’s just like you can’t win anyway.”

Rae will continue to create. What “Love & Basketball” did for her, she hopes her projects will do for others. She remembers being in college when she noticed that Hollywood’s support and promotion of black content appeared to be waning.

“I was just so mad by the representation of a lot of black people, and black women particularly, on screen that I was like, this is not all we are,” she says. “We’re not just contestants vying for Flavor Flav’s love. Like that’s not what all black women are, and there have to be alternative representations [to] this.”

Take Lupita Nyong’o in “Us,” in which she played two characters — a mom in a middle-class black family and her evil doppelgänger. Her work was an early favorite in the Oscar race, but her name wasn’t called when the nominations were announced. “I was like, ‘Y’all didn’t see “Us”?’” Rae says. “‘Did y’all not see her do what she did in “Us”?’ In every way, that is to me the embodiment of a performance, and to not have that be recognized in any way is psychotic to me, but what can I do about it besides keep going?”