TheWrap magazine: The musician was doing just fine in his day job when he got a chance to detour into directing — and the success of ”Summer of Soul“ still shocks him 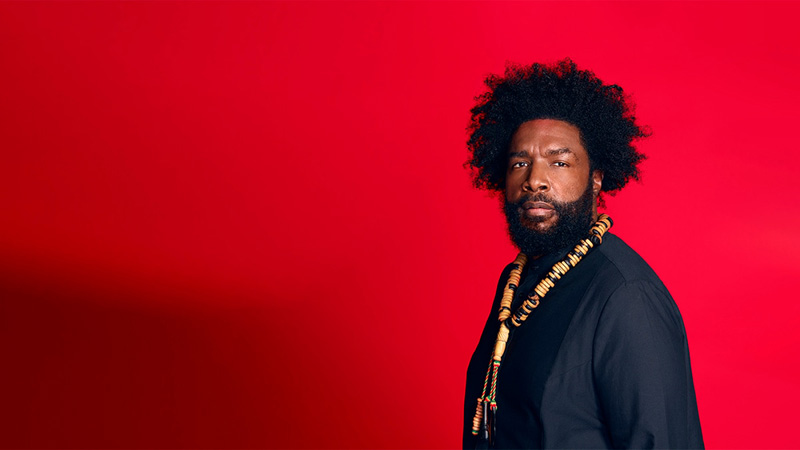 By Steve Pond | The Wrap

This story about Questlove and “Summer of Soul” first appeared in the special Documentary Issue of TheWrap’s awards magazine.

When it came to his recording career, Ahmir “Questlove” Thompson had it all planned. Even before he’d make an album with his band, the Roots, he’d envision what it would be like and how it would be received, going so far as to write fake record reviews and even do illustrations that might accompany those reviews, in the manner of the Rolling Stone magazine reviews that he hung on his walls when he was in his teens.

“I’m absolutely calculating in the music world,” he said. “I literally will do a full-scale model of what I’m planning. I’m known for this level of obsession with my records — but when you’re coming into another area where you’re not familiar with the lay of the land…” He trailed off, then laughed. “I find it strangely ironic that everything I dreamed of for my recording career is happening here.”

It’s happening not with an album but with “Summer of Soul (…Or, When the Revolution Could Not Be Televised),” a movie that turned the drummer, songwriter, Roots bandleader, deejay and “Tonight Show” musical director into a film director. In a year that has been bursting with strong music documentaries, “Summer of Soul” was the first one out of the gate, premiering on opening night at the largely virtual 2021 Sundance Film Festival in January and going on to win the audience award and the jury award as the festival’s best nonfiction film.

It landed a $15 million deal with Searchlight Pictures and Hulu, the largest ever for a Sundance documentary, and in the fall it began racking up one award or nomination after another, from the Gotham Awards to the IDA Documentary Awards to the Cinema Eye Honors. It swept the Critics Choice Documentary Awards, winning in every one of the six categories in which it was nominated.

For a guy who turned 50 earlier this year and never really thought about success in the movie business, it’s all come as a delicious and somewhat baffling surprise.

“I’m (not usually) this willfully ignorant going into something,” he said with a grin. “I just knew my intentions: If I were still teaching (music) at NYU, what’s the film I can show my students that’s entertaining and I can pack a whole bunch of information in it? That part I know I have covered, and all this other stuff is…” A shrug. “You know, I’m just glad that people are receiving it.”

“Summer of Soul” is in many ways a joyous film, drawing on footage from the Harlem Cultural Festival, a series of concerts that took place in New York City’s Harlem neighborhood in the summer of 1969. The concerts, which were filmed but largely unseen for 50 years, featured R&B icons Stevie Wonder and Sly and the Family Stone, jazz masters Max Roach and Sonny Sharrock, gospel greats Mahalia Jackson and the Staples Singers and the incomparable Nina Simone, among many others.

TheWrap’s review called it “a documentary in which politics and music are inextricably linked, in which culture flows from the church to the street to the concert stage. You can come for the music and stay for the politics, or vice versa; either way, it’s a vibrant document of an inspiring event that never loses sight of what that event meant for a community, a city and a culture.”

The film is filled with highlights, but Questlove said that was part of the problem when producers Dave Sirulnick and Jon Kamen persuaded him to make a film from footage that had spent most of the previous 50 years in the basement of festival producer Hal Tulchin. “They’re not just giving you footage, they’re giving you 40 hours of footage,” he said. “Between Peanut Butter Captain Crunch and Fruity Pebbles, I love cereal all day. But if I eat seven bowls in a row, that’s a wrap. And that’s sort of what it was like to receive 40 hours of footage.”

To wade through that much footage without it becoming tedious, Questlove made one giant supercut and put it on a computer that served all the monitors in his house and his workplace at NBC. “I have a system where I could watch it in my dressing room, on my phone if I’m traveling, in my bathroom… I had to process it organically and have it on casually — when I’m eating, when I’m on the phone and when I’m asleep, much to the dismay of my girlfriend.”

His rule was that he’d only consider footage that gave him goosebumps and made him stop what he was doing—and even then, he ended up with a three-and-a-half hour first cut. He took out 25 minutes of comedy footage and eliminated a thrilling Chambers Brothers performance of “Time Has Come Today” because its impact depended on watching its entire 16 psychedelic minutes, and gradually got it down to two hours.

Along the way, he also figured out that while he’d initially envisioned a straight concert movie, this one had to include the context of the time, in which Black neighborhoods around the country were a powder keg of frustration and tension after the 1968 assassination of Martin Luther King. (The Harlem Cultural Festival shows took place partly to ease the anger in Harlem.)

Questlove realized that his initial goal or “a well-curated, well-paced concert” would appeal to viewers who remembered the acts that performed, but would be less interesting to younger people unless they understood that the climate in which the concert took place was similar to the climate today.

“When 2020 came along, I realized that the adhesive that was going to connect Gen Z and the millennials was that they were living in the same conditions that caused this concert to happen in the first place,” he said. “And then each day it became more urgent politically. And what was once going to be a 15-song affair with little snippets on the side suddenly became a history lesson on where we were and how we got there.”

In a way, the artists on the stage were also on the verge of making those connections in their music. In 1969, Stevie Wonder was easing out of his “Little Stevie Wonder” persona of a spirited child star and was on the verge of making socially conscious masterworks like “Talking Book” and “Innervisions”; the Staples Singers were about to take their gospel music, a genre born in slavery, onto the pop charts with urgent hits like “Respect Yourself”; Sly and the Family Stone were moving from the celebration of “Dance to the Music” toward the dark visions of “There’s a Riot Goin’ On,” a troubled masterwork from a man whose fame brought increasing drug use and self-destructive behavior; and Black music in general was entering a phase of storming the charts with songs that dealt head-on with race relations and inner-city life.

“With this movie, timing is everything,” Questlove said. “So many of those acts were literally on the diving board, about to jump. Sly more than anybody. I watch this footage, and I know that Woodstock is a week later, and Woodstock will change his life. As I was editing it, I was like, ‘Wow, Sly doesn’t even know that in the next 14 days, he’s not just going to capture the zeitgeist, it’s going to be a paradigm shift that’s going to change him forever.”

He paused. “It seems like such a victorious time, but I see it as a period that will lead to something that’s going to change my life, which is funk music, but also something that’s going to cause one of the weirdest erosions or unstrategic exit plans I’ve ever seen. Sly was building up to a level of success, and it was like, ‘Be careful what you ask for. We’ll give it to you.’ And he almost kicked it away.”

At one point as he was watching the Sly footage, he added, he mentioned to producer Joseph Patel just how fascinated he was by Stone’s career. “I said, ‘Man, that’s the story I want to see.’ And I swear to God, three hours later Common called me and said, ‘Yo, man, I don’t know if you know this, but I got the rights to Sly Stone’s life. We’ve been trying to do his documentary for four years. You want to do that?’” He shook his head. “Three hours later.”

He’s now signed to direct the Sly Stone movie for MRC Non-Fiction — which means that just as Stone’s performances in the summer of 1969 helped change his life, putting one of those performances on screen has helped change Questlove’s career.

Oh, this changed my life,” he said quickly. “For one thing, I didn’t believe that this thing was real. In the beginning, I thought it would be something brilliant that would ride under the radar, and that when I’m dead one day, people would be like, ‘Did you know he directed a movie?’

“Also, I felt like, ‘OK, you guys want me to do what I did with ‘Hamilton’ (where he produced the soundtrack album)? Like, I’ll be there to give some advice, I’ll do interviews and promote the film, but you’ll find somebody else to do the work.’ And they were like, ‘No, you specifically tell the story.’”

He grinned. “Every artist is neurotic and every artist overthinks, but this helped me to accept the fact that I had to stop my reluctant-leader shtick and really own that I have a deep desire to teach people about musical history and do it in a way that seems entertaining and engaging.”