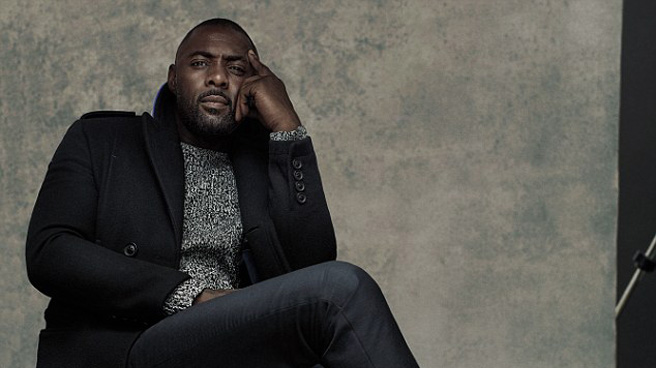 Most men would be ecstatic to break a world record in a lifetime.

The 42-year-old has become the first ever male to appear solo on the cover of Maxim Magazine.

‘We’ve never in US Maxim history had a man on the cover solo,’ editor-in-chief Kate Lanphear told Racked on Tuesday.

‘This is the very first time, and there was no one else in the world more badass than Idris.’

Although men have appeared on flip covers and have also starred alongside women throughout the mag’s 20 year history, a guy has never appeared on his own until this September’s issue.

Under the fitting headline ‘Man Up’, it describes its cover star as an ‘actor, musician, racecar driver and all-around badass’.

The man himself looks smoldering in a heavy black and grey animal-print jacket, which matches his trademark salt and pepper beard.

‘For me, he was really the perfect embodiment of what I think the new Maximman is,’ Lanphear continued. ‘He’s multi-dimensional, he’s complex, he’s sophisticated, but he’s down to earth.

‘It was funny when on set, I was like, “Is there anything this guy can’t do?” –  He’s an award-winning actor, he’s a DJ, his capsule clothing line for Superdry is about to hit stores.

‘The guy broke the [British] land speed record which hasn’t been touched since like 1928. He’s sort of a living, breathing superhero,’ she said.

In May The Wire star drove a Bentley Continental GT Speed at 180.361 mph across Pendine Sands in Wales, breaking the 88-year-old record set by Sir Malcolm Campbell in the legendary Blue Bird.

‘I just like the velocity, and I guess I’m slightly addicted to the risk of it,’ he told the Maxim

Elba, who will appear in Star Trek Beyond next year, DJs under the stage name DJ Big Driis.

He was also heavilly rumoured to become the next James Bond, but he admitted he doesn’t think it will happen .

‘If I were the Bond producers and everyone was pointing me toward one actor, what’s the surprise in that?’ he said. ‘Honestly, it’s one of those things that if it should happen, it would be a self-fulfilling prophecy; it would be the will of a nation.’ 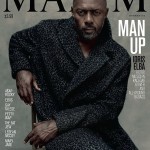 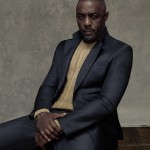 First: Editor-in-chief Kate Lanphear confirmed the 42-year-old was the first man to appear on his own on the front of the mag in its 20 year history 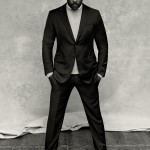 All of the above: Under the fitting headline ‘Man Up’, it describes its cover star as an ‘actor, musician, racecar driver and all-around badass’. 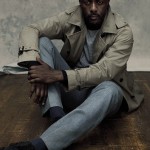 Fashion issue: The man himself looked smoldering on the front in a heavy black and grey animal-print jacket, which matched his trademark salt and pepper beard 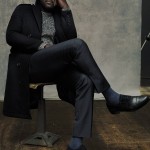 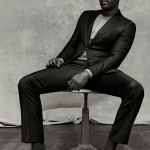 Stirred, not shaken: In the mag Elba brushed off rumours he is to play the next James Bond 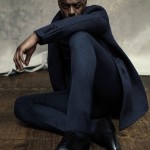 Super man: The magazine claim the Luther star ‘sort of a living, breathing superhero’ who counts among his achievements this year, breaking the British land speed record 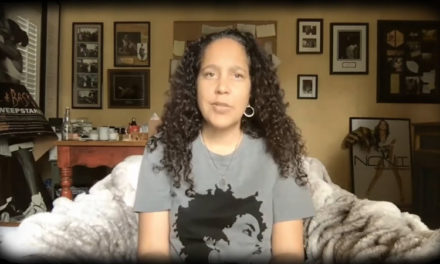 Gina Prince-Bythewood | The Film That Lit My Fuse 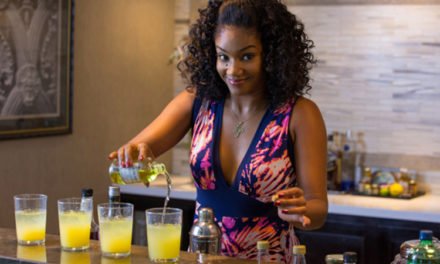 7 Breakout Performers From Summer Movies in 2017 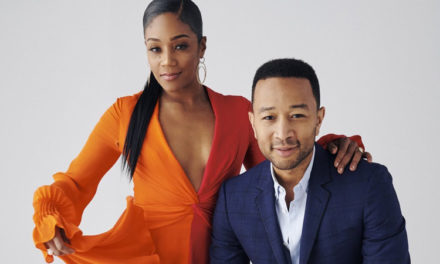 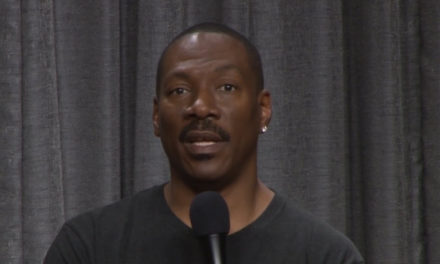