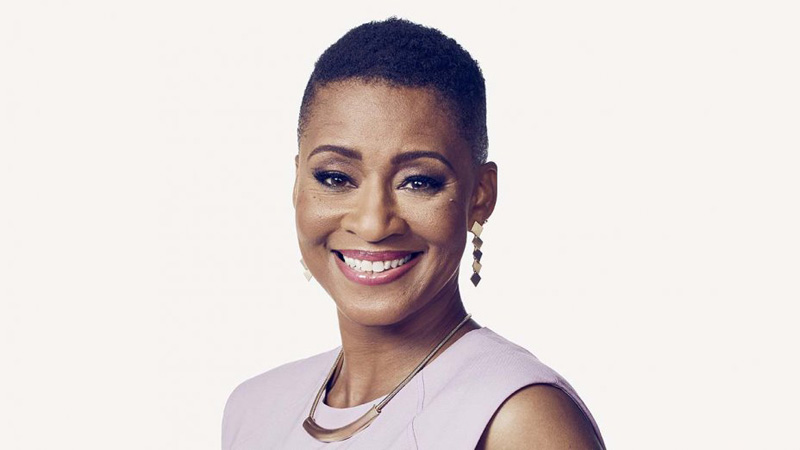 Beginning Sunday, Sept. 15, Turner Classic Movies will have a fifth host to introduce the uncut and uninterrupted films of the Silent era: Jacqueline Stewart, a professor at the University of Chicago, who wants to make her hosting duties feel like “an extension of my classroom,” she tells The Hollywood Reporter.

But not only will Stewart, the author of Migrating to the Movies: Cinema and Black Urban Modernity, become the first-ever host of TCM’s Silent Sunday Nights programming, which began with airing Buster Keaton’s The Cameraman 25 years ago on April 17, 1994, but she will make history as the first African American host for the network.

Stewart isn’t a stranger to collaborating with TCM, but she does say that her new gig came together rather quickly. “I only found out a few months ago,” she recalls a few weeks before her first night of hosting. “When we started talking about this opportunity, Silent Sunday Nights was floated, and I was like, ‘My dissertation was on Silent film!'”

A few years ago, she co-curated a box set called Pioneers of African-American Cinema, documenting the origins of the Race Film Movement, films made for segregated African American audiences during the first half of the 20th century. Featuring filmmakers like Oscar Micheaux and Spencer Williams, who famously portrayed Andy on The Amos ‘n’ Andy Show in the 1950s and is the subject of a book she is writing at the moment, Stewart was invited to discuss the works with primetime host Ben Mankiewicz for two Sundays on TCM.

“It was this extraordinary opportunity to share with viewers what is unfortunately a too-little-known history of what we could really describe as a parallel film industry because these films co-existed with the Classic films TCM shows. They’re produced primarily in the 1920s, ’30s, and ’40s, but mainstream audiences didn’t see them at the the time they were released,” she says.

What she enjoyed most about her conversations was that they were substantive and not just superficial presentations of the films, which she continued discussing in her appearances at the Turner Classic Movies Film Festival. In 2018, she spoke on a panel reflecting on the history of black images, while this year she was a special guest at a screening of The Defiant Ones. She also was featured in a discussion of “The Complicated Legacy of Gone with the Wind.”

“One of the priorities I have and I know the team at TCM is invested in is really acknowledging the complicated legacies of these films. I didn’t know what to expect walking into that panel for Gone with the Wind, in part because of how passionately people love that film,” she says. “But what I found — and I think directly relates to why I have this incredible position now — is that TCM viewers are interested to delve into these topics, not just to assess whether or not it’s OK to like these films. That’s not the question. It is OK to like these films. It’s OK to love the films. What’s also important is to recognize how complicated they are and to see them as documents of a very complex American social and political history.”

For Stewart, a three-term appointee to the National Film Preservation Board, silent film represents the origins of the medium. Filmmakers figuring out how to use this medium to tell stories, studios first developing, the star system coming into being, she muses. “There’s something really powerful about the fact that the acting has to be so nuanced. I think a lot about a figure like Greta Garbo and the way she uses her face as an instrument. She can convey a whole range of emotions and gestures. It’s a period of filmmaking in which audiences are really encouraged to participate actively as viewers, and I love that.”

Eventually, Stewart would hope to have actors who appreciate the acting techniques of pioneers like Garbo come on as guests “so people can feel a connection to those films and not that they’re foreign or they’re lacking something because they’re silent. They’re actually incredibly eloquent.”

Selecting the films to screen with TCM has been an exciting process for Stewart. Right from the beginning, she wanted to identify and showcase the importance of the earliest women filmmakers. “Women were a huge, huge presence in terms of film authorship during the early days of film. That gets shut down toward the end of the Silent period and it’s a history, much like the Race Film history, that we don’t seem to recognize. That we don’t know. That isn’t narrated.”

She cites that we hear about Buster Keaton and Charles Chaplin, but not often do we hear names like Alice Guy-Blache or Lois Weber. “One of the first films that I’ll present is Cleopatra, the first feature-length film of the legendary story and historical figure, and which was made by a company formed by a woman, Helen Gardner. She’s actually the first actor, male or female, to found her own film production company.”

Another film Stewart will present is Oscar Micheaux’s The Symbol of the Unconquered from 1920, in an effort to emphasize the Silent period as a a period of “tremendous diversity. We’re also showing a couple of films by Lewis Milestone, an early director who may not be as well known as some others today. The Racket and Two Arabian Nights. I want to give an accurate picture of the range of films that would be made during this period.”

As co-curator of the LA Rebellion Preservation Project at the UCLA Film and Television Archive and Chair of the National Film Preservation Board’s Diversity Task Force authoring reports on diversity, equity and inclusion on the National Film Registry, Stewart views film preservation as crucial. “As fans, we should all be invested. I guess we think certain classics will always be around. We don’t worry that we’ll never be able to see The Wizard of Oz or Casablanca, but the fact of the matter is these films were created on very fragile film stock.”

A native of the South Side of Chicago, Stewart founded her own South Side Home Movie Project in 2005 to continue to preserve our “cultural heritage” as she says, exploring histories that have not been fully documented. “I started an archive of all these home movies from private collections. They’re on these super 8mm strips of film. Smaller than 16mm. They’re of people’s birthday parties, graduations, picnics and sometimes capturing historical events.” Stewart began screening the films as depictions of midcentury life. The entire archive is now online for perusal.

As for if she hopes to incorporate these home movies into her work with TCM, her head is still spinning, but archiving film will continue to remain paramount to her. “I would want to have some assurance that this body of work that I care about so much will survive into the future so that future generations, my children, can enjoy it, and my students can enjoy it and learn from it.”

In between hosting Silent Sunday Nights, Stewart will maintain her position at the University of Chicago, continuing to connect the dots on-camera and off between filmmakers like Oscar Micheaux and Spike Lee. “They’re both very prolific, outspoken African American filmmakers who are very much invested in creating work that will educate people and make social and political interventions. If you look at a film like Do the Right Thing, which just celebrated its 30th anniversary, 30 years from now that film will continue to be important. It can be a real gauge for how far we’ve come on police brutality and economic parity.”

Come Sept. 15, Stewart ultimately wants to “help viewers to see more in the films that they’re watching, to get more out of them, and most importantly spark dialogue, because that’s what the best art does. It motivates us to have conversations and to think more deeply and to recognize the beauty and the complexity of the world around us. That’s certainly true of the kinds of films that TCM screens. And keeping that conversation going and helping people feel informed and empowered to talk about these things and not feel as though they have to bracket off certain aspects of the films or our history, I think is absolutely important. That’s something I’m really excited to do.”

The opening lineup for Silent Sunday Nights is below.