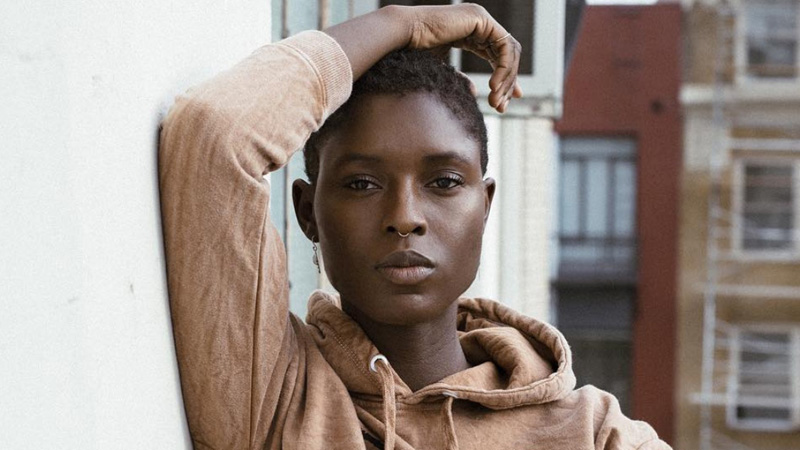 After her breakthrough role in “Queen and Slim,” Jodie Turner-Smith is taking on her next major challenge: playing a military officer opposite Michael B. Jordan in “Without Remorse” and a condemned queen in the upcoming series “Anne Boleyn.”

In many ways, Turner-Smith knew what she was signing up for with the action thriller. The actor was generally aware of Clancy’s book, TV and film universe, having watched the Jack Ryan properties. The one wrinkle, however, was that the actor was in the second trimester of her pregnancy and the cast (including Jordan and Jamie Bell) endured rigorous boot camp-style training to be in top fighting shape for the action-packed film.

“[Training] wasn’t straightforward because I was pregnant, so that definitely added a layer of complexity to it,” says Turner-Smith, who welcomed a baby girl with her husband, actor Joshua Jackson, in April 2020. “But I went after it. I gave it all of myself.”

“We worked really closely with these guys on set who were there to teach us how to operate in combat, how to move with and around each other, how to talk to each other,” she explains. “We’re emulating guys who have been working together, alongside each other for years, so there needed to be a sense of familiarity and comfort and ease to how they work together.”

The most complex element for Turner-Smith to pull off were the film’s underwater stunts. While her co-stars were able to learn how to use a diving apparatus called a rebreather — which recycles carbon dioxide to provide oxygen for the diver underwater — she simply had to hold her breath.

“I don’t know if you know this, but when you are pregnant, it’s very hard to hold your breath,” she quips. “So, I had unique challenges that my co-stars didn’t have.”

Despite the challenges, Turner-Smith relished the chance to play Greer, a character whose trailblazing backstory was shaped by screenwriter Taylor Sheridan.

“I love that the filmmakers wanted to create this character, to envision this woman,” Turner-Smith says, explaining why the role is groundbreaking. “There’s not a female Navy SEAL right now, but there will be soon. I feel that is what we’re moving towards.”

The U.S. Navy opened the SEAL assessment and selection process to women in 2016, with the first woman completing the program in 2019. However, the candidate was ultimately not selected for a SEAL contract.

“It felt very cool to embody this a little bit ahead of the curve,” she adds. “And to hopefully honor and bring a good representation to women around the world who are serving in the armed forces right now.”

In addition to being a highly trained operative, Greer is also Kelly’s closest friend, supporting the character as a botched mission leads to the murder of his wife and the hero’s whole life turning upside down while the government turns against him. Of working with Jordan as her co-star and producer, Turner-Smith says she focused on making sure the relationship felt authentic.

“[I wanted to convey] what was so specific to Karen and what she felt for her friend, her loyalty and her love for him, and how unjust it felt to her how they were treating him,” the actor highlights. “I think it does resonate differently, because we are two Black people and two Black artists.”

It’s also notable that the high-ranking officer is a Black woman, even though her race isn’t much of a logical leap given that James Greer was played by James Earl Jones in “The Hunt for Red October,” “Patriot Games” and “Clear and Present Danger” and Wendell Pierce in Amazon’s “Jack Ryan” series.

Greer’s Blackness wasn’t a focal point for the actor in building the character, but Turner-Smith welcomed the opportunity to show audiences a Black woman occupying a space in which they are rarely seen — similar to that of playing Boleyn.

Both Greer and Boleyn are powerful roles, but there’s an interesting dichotomy between the two. While Greer seems to be grounded and in total control, despite the political intrigue and conspiracies exploding around her, Boleyn is about to lose her head — literally. Boleyn was the second of King Henry VIII’s six wives and her execution by beheading in 1536 was a moment of major political and religious upheaval that marked the start of the English Reformation. 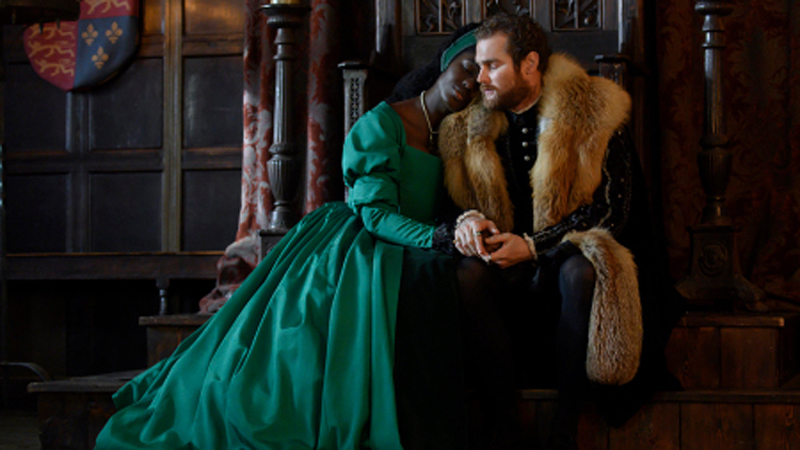 “Anne Boleyn is such a fascinating woman and I was really excited to play her, to get to unpack some of the things that we’re imagining internally she was going through,” Turner-Smith says, teasing her excitement for the new show.

The series, written by Eve Hedderwick and directed by Lynsey Miller, wrapped filming in Dec. 2020. The ensemble cast includes Mark Stanley (as Henry VIII), Lola Petticrew (as Jane Seymour) and Paapa Essiedu (as Anne’s brother and Tudor nobleman George Boleyn). The three-part psychological drama for ViacomCBS-backed U.K. broadcaster Channel 5 will explore the final months of Boleyn’s life, sharing the story from her perspective as she struggles to secure a future for her daughter and challenge the powerful patriarchy closing in around her.

Turner-Smith says a big part of the project’s appeal was its fresh and introspective take on Boleyn’s life story. “I felt like tackling her state of mind and what she was going through in those last days was a really beautiful way to approach it,” she explains.

The star also has a personal connection to the infamous queen’s story. Turner-Smith shares her September 2 birthday with Queen Elizabeth I (Anne Boleyn’s daughter), and King Henry VIII’s first wife Catherine of Aragon is buried in the actor’s Peterborough hometown.

“What’s so interesting about her is how incredibly polarizing she is as a person,” Turner-Smith says of Boleyn. “Obviously, her legend has perhaps dwarfed even the truth of who she was as a person in real life. She’s majorly influential in so many different ways, and I think it’s interesting how much about her story gets under people’s skin, even now.”

Turner-Smith’s casting also got under people’s skin and the actor has endured backlash from critics incensed at the idea of a Black woman playing the royal.

In theater, she notes, casting actors of color in roles that were written as white happens all the time and she’s hopeful to see it happen more often on screen.

“‘Hamilton’ is a really great example of how amazing it is when you just open up the space to tell a story with non-white actors,” Turner-Smith says. “It makes that story that much more relatable, because it just becomes a human story and a story for all of us. Not just a story for white people.”

Despite the negativity, however, Turner-Smith remains positive, because she knows diversity ultimately benefits everyone.

“I hope that people will look at things with an open heart and an open mind,” she says. “When they do, they’ll see that when we put characters of color in stories where we’ve typically only seen white people, it is not in some effort to erase white people, which is not possible.”