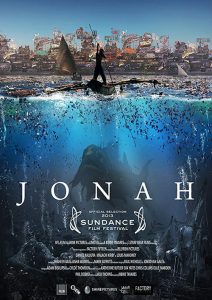 Synopsis: Mbwana and his best friend Juma are two young men with big dreams. These dreams become reality when they photograph a gigantic fish leaping out of the sea and their small town blossoms into a tourist hotspot as a result. But for Mbwana the reality isn’t what he dreamed and when he meets the fish again, both of them forgotten, ruined and old, he decides only one of them can survive.