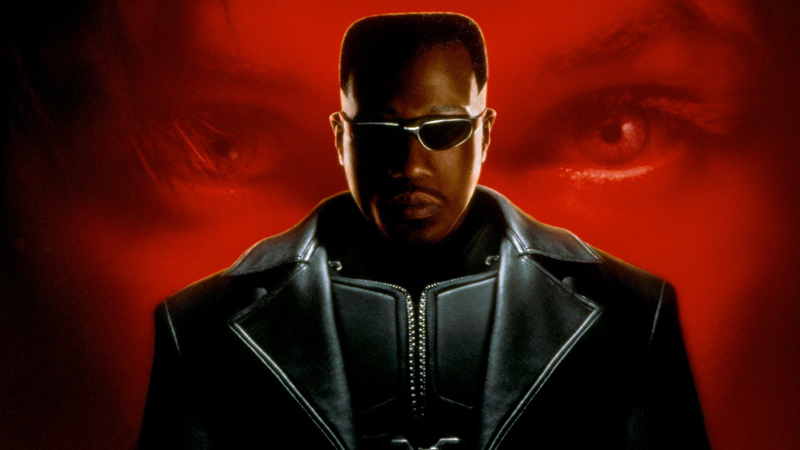 In light of very recent news that a 3rd “Bad Boys” movie – which has long been rumored to be in the works – is now definitely moving forward at Sony Pictures under the official title “Bad Boys for Life,” I thought I’d open up a conversation on other film franchises built around black characters.

A friend of mine and I had a brief conversation about this over the weekend – specifically about the reboot of the Alex Cross detective thriller series, based on the novel franchise written by James Patterson, which Idris Elba was once attached to take over, only to be eventually replaced with Tyler Perry, unfortunately. A missed opportunity if there ever was one, for a movie detective franchise starring a black actor. We can only imagine what could’ve been with a better script, director and more suitable actor in the role. We may have been talking about “Alex Cross 3” right now, starring Idris Elba. Although there was talk that a sequel starring Perry was a possibility. So far, it hasn’t happened, and likely never will, given how poorly the first film he starred in was received.

My research tells me that Virgil Tibbs was the first black fictional character to have a film franchise centered around him, that was backed by a Hollywood studio. Sidney Poitier starred in 3 successive films as Virgil Tibbs: “In The Heat of the Night” (1968), “They Call Me MISTER Tibbs” (1970), and “The Organization” (1971). The last 2 were not as good as the first, but I’d say that “The Organization” was superior to “They Call Me MISTER Tibbs.”

All 3 were released by United Artists.

The first film in the franchise was based on the 1965 novel or the same name, by John Ball, who would go on to write 6 more novels which featured the Virgil Tibbs character – the last one published in 1986. Although, the 2 film sequels weren’t based on any of those successive books.

I wonder if the Tibbs franchise is one that could be revisited, with a new actor in the lead, and maybe set in the not-too distant past.

I can immediately think of another missed opportunity: Denzel Washington as Ezekiel “Easy” Rawlins in the adaptation of Walter Mosley’s “Devil in a Blue Dress” – the first and only on-screen appearance of Rawlins, even though Mosley has featured the character in at least 10 novels.

There was a potential franchise there for Denzel I really believe, if there was interest in further exploring the character. There were certainly enough books to serve as source material. And the film, directed by Carl Franklin, was actually very well received, and is still held in high regard today. It didn’t do blockbuster box office, but the critics and fans loved it.

I should note that a TV series based on the Rawlins character was in the works for the NBC network, but they eventually passed on it, sadly.

In fact, film adaptations of Mosley’s novels (many of them franchise material) have been announced in recent years but unfortunately still haven’t materialized:

Of course the “Beverly Hills Cop” is another film franchise centered around a black character. And after a failed attempt at a serialized version of the movie, as was announced earlier this year, Eddie Murphy is returning for a 4th “Beverly Hills Cop” movie.

You might remember that Murphy had pretty much buried the idea of a 4th movie, when he told Rolling Stone magazine in an interview in 2012 that “none of the movie scripts were right; it was trying to force the premise. If you have to force something, you shouldn’t be doing it. It was always a rehash of the old thing. It was always wrong.” In that same conversation, Eddie did add that he was more interested in adapting the movie to TV, as a drama series than making a 4th movie. But a 4th movie is what he’s signed up for, and just 2 months ago, Paramount hired co-directors Adil El Arbi and Bilall Fallah to direct the movie.

If the names of the Brussels-based filmmakers of Moroccan descent sound familiar it’s because they directed a crime drama we covered on this blog last year (and earlier this year) titled “Black.” For “Beverly Hills Cop 4” the filmmakers, working with the studio, as well as producer Jerry Bruckheimer and Eddie Murphy (who saw and loved “Black,” along with Bruckheimer and Paramount execs), plan to “reframe” the franchise with “youthful energy,” as they said in June.

A script is currently being worked on by writers Josh Appelbaum & Andre Nemec.

I assume the filmmakers might bring the same grit and edge seen in “Black” to “Beverly Hills Cop 4.”

No ETA on the project yet.

The 3 films in the “Beverly Hills Cop” franchise (which started out strong, but got successively worse) grossed over $735 million worldwide, and the first film was nominated for a Best Original Screenplay Oscar in 1985. It was also Murphy’s first full-fledged starring vehicle.

Of course I also can’t forget Shaft. It too is being revived at New Line Cinema, with a screenplay penned by “Black-ish” creator Kenya Barris and “The Goldbergs” executive producer Alex Barnow.

A reboot of 1970s screen hero has been in the works for some time, with veteran producer John Davis (the “Predator” franchise, “Chronicle,” and “I, Robot”) shepherding the project. This latest interpretation will have a much more comedic tone to it, as was announced last year, which probably shouldn’t be a surprise, given the resumes of both Barris and Barnow.

No details on story yet.

But yes, the black private dick that’s a sex machine to all the chicks will be making a comeback, albeit more comedic, at a theater near you, courtesy of New Line Cinema.

Recall that, in 2000, Samuel L. Jackson starred in a reboot of the franchise, as the nephew of the original John Shaft, from the initial 1970’s movies that starred Richard Roundtree as the eponymous detective. Jackson will not be starring in this new reboot; it’s an entirely new Shaft obviously, and the role (whether nephew or original Shaft) will be recast.

There’s certainly a growing list of capable young black actors to select from; I’ll leave it to you folks to come up with some appropriate choices for what could be a career-making role for some up-and-comer, especially if New Line plans to make a franchise out of this reboot.

I assume that this will be set in the present-day, and not a period piece, with our hero still the coolest private detective around, who likes his women chic, his cars fast and his clothes expensive, and takes the fight to those lowlifes, scumballs and vigilantes who prey upon him, as well as those he cares about, and other decent, everyday people.

There’s also Blade, for which there have long been rumors of a reboot, with/without Wesley Snipes. The actor has certainly made it very public that he’d like to return to the franchise, but if it is rebooted, I doubt he’d be the chosen one. The studio would almost certainly start fresh, with a younger actor.

I should note that, last year, Marvel Comics unveiled a new Blade comic book series focused on the daughter of the original Blade – a sixteen-year-old girl named Fallon Grey. Titled “Blade #1,” the new comic book series debuted last fall. I did wonder, with the timing of that announcement coinciding with Wesley Snipes’ revelation at Comic-Con around the same period, that he’d spoken to Marvel about how they might bring back Blade, I wouldn’t at all be surprised if Fallon Grey figures into the “how” in some way. There’s also the Netflix/Marvel relationship, which could prove to be a suitable testing ground for, let’s say, a Fallon Grey animated or live-action series, entirely her own.

I’ll end it here and let you folks jump in.

So while there are certainly plans for reboots of old franchises, there’s still much room for brand new franchises – especially starring black women, since we haven’t exactly seen much in that regard over the years.

What else did I miss in terms of past franchises built around black characters? What would you like to see become a movie franchise?