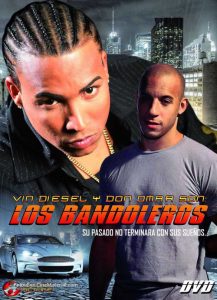 Synopsis: Los Bandoleros is a prequel to Fast & Furious, establishing the characters and events that leading to and occur in the fourth film.

Han Seoul-Oh arrives in Dominican Republic in time to reunite with his friend Dominic Toretto, who plans to break an associate of his (Tego Leo) out of prison. During the orchestration of a score involving the theft of gas from oil tankers, Dominic is reunited with his girlfriend, Letty Ortiz, who has been searching for him since he left Los Angeles after that occurred five years ago in Los Angeles.