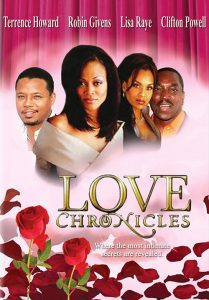 Synopsis: A disc jockey invites a relationship therapist as an on-air guest. They explore LA relationship struggles through three different callers’ unbelievable stories, and in the process the DJ discovers his own love issues.

Note: I saw the movie and Lavell Crawford is in it but I didn’t see him in the IMDB credits. The same with DeRay Davis. The movie aired again on ThisTV and now I’m starting to think that “Pookie” might be Pookey Wigington because several of his acts are in the movie and one has on a Chocolate Sundaes t-shirt.