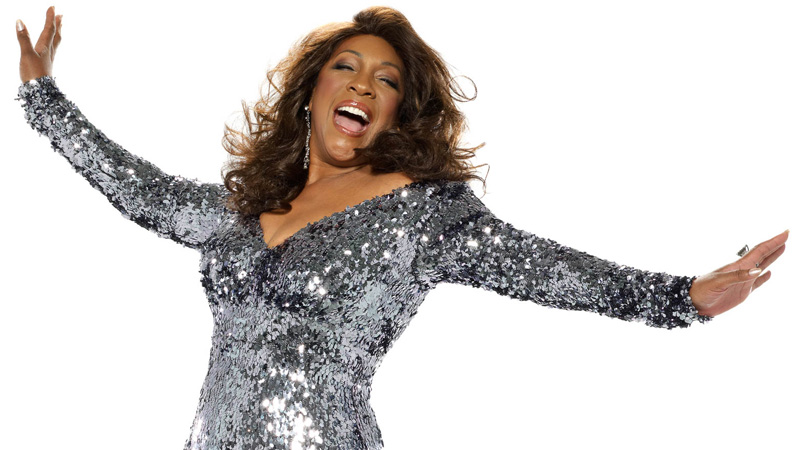 Vocalist Mary Wilson, who co-founded the Supremes as a 15-year-old in a Detroit housing project and stayed with the fabled, hitmaking Motown Records trio until its dissolution in 1977, died on Monday night at her home in Las Vegas. She was 76.

Wilson’s longtime publicist, Jay Schwartz, reported that she died suddenly. The circumstances of her death were not immediately revealed. Funeral services will be private because of COVID, he said, but there will be a public memorial later this year.

“I was extremely shocked and saddened to hear of the passing of a major member of the Motown family, Mary Wilson of the Supreme,” said Berry Gordy in a statement Monday night. “The Supremes were always known as the ‘sweethearts of Motown.’  Mary, along with Diana Ross and Florence Ballard, came to Motown in the early 1960s. After an unprecedented string of No. 1 hits, television and nightclub bookings, they opened doors for themselves, the other Motown acts, and many, many others. … I was always proud of Mary. She was quite a star in her own right and over the years continued to work hard to boost the legacy of the Supremes. Mary Wilson was extremely special to me. She was a trailblazer, a diva and will be deeply missed.”

Just two days prior to her death, Wilson put up a video on her YouTube channel announcing that she was working with Universal Music on releasing solo material, including the unreleased album “Red Hot” she recorded in the 1970s with producer Gus Dudgeon. “Hopefully some of that will be out on my birthday, March 6,” she said in the video. She also promised upcoming interviews she had done about the Supremes’ experiences with segregation that she said were forthcoming in honor of Black History Month.

Wilson had been highly visible in 2019, when she appeared on the 28th season of “Dancing With the Stars” and released “Supreme Glamour,” her fourth book.

Wilson had been preparing to spend some of the year joining in celebrations of the 60th anniversary of the Supremes, still the most iconic female singing trio of all time.

Those immediately weighing in at the late hour to pay homage to Wilson ranged from Questlove to KISS’s Paul Stanley. “OMG! Mary Wilson of the Supremes has died suddenly,” tweeted Stanley. “I was just on a Zoom call with her Wednesday for about an hour & never could have imagined this. So full of life & great stories. Absolutely shocked. Rest In Supreme Peace Mary.”

With lead vocalist Diana Ross and founding member Florence Ballard (and with Ballard’s replacement Cindy Birdsong), Wilson appeared on all 12 of the Supremes’ No. 1 pop hits from 1964-69; during that period, the act – the biggest of Motown’s vocal groups thanks to their silken sound – charted a total of 16 top-10 pop singles and 19 top-10 R&B 45s (six of them chart-toppers).

If Ross became renowned as the group’s international superstar and Ballard, who died prematurely at the age of 32 in 1976, came to be memorialized as its tragic figure, Wilson was its steady, omnipresent and outspoken driving force — though many view her as little more than a supplier of the backup hooks that supported Ross’ lead work. 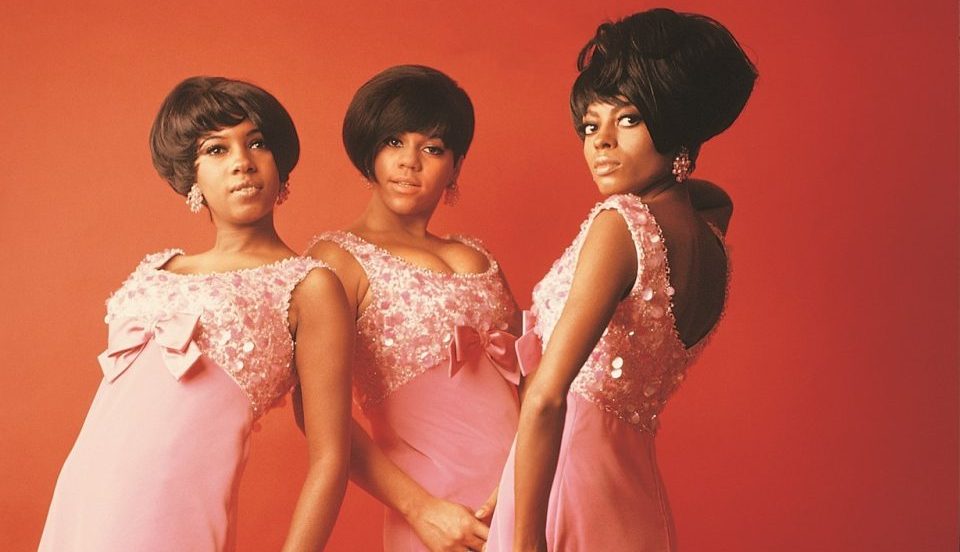 After Ross departed the group in 1970 for solo stardom, Wilson remained its linchpin, and dutifully backed up a succession of front women. Though the Supremes never recaptured their dominance of the ‘60s, they still managed to collect a 1970 R&B No. 1, “Stoned Love,” and returned to the pop top 20 five times.

The act’s image of glamour and offstage sisterhood that was carefully crafted by Motown was belied by Wilson’s scathing depiction of band mate Ross in a bestselling 1986 memoir, “Dreamgirl: My Life As a Supreme,” the first tell-all tome by a member of the so-called “Motown Family.”

In the book, Ross – referred to pointedly throughout by her birth name of Diane – was portrayed as an attention-seeking and backstabbing diva who used her relationship with Motown founder-chairman Berry Gordy to get what she wanted professionally and personally.

Opening the book with an episode in which Ross literally shoved her aside onstage during a taping of the 1983 taping of the NBC anniversary special “Motown 25,” Wilson wrote, with some mixed emotion, “She has done many things to hurt, humiliate, and upset me, but, strangely enough, I still love her and am proud of her.”

Wilson, who released two solo albums and toured successfully with a solo act that combined cabaret with renditions of her old Supremes hits, was inducted into the Rock and Roll Hall of Fame as a member of the group in 1988.

She was born March 6, 1944, in Greenville, MS. After moving to St. Louis and then Chicago with her parents, she was sent at the age of three to live with her aunt and uncle in Detroit, and she grew up believing she was their daughter. She only learned who her real parents were at the age of six, when her mother came to Detroit to live with the family. She moved with her mother several times until she settled in at the Brewster-Douglass Housing Project at 12.

Wilson had already briefly sung in a group led by Aretha Franklin’s younger sister Carolyn when she was approached by Ballard, a charismatic neighbor in the Brewster projects, to form a new group that would serve as a “sister act” to the Primes, a male quintet that included Paul Williams and Eddie Kendricks, both future members of the Motown unit the Temptations.

The two girls were soon joined by Ross (who would only take the professional name “Diana” after the group’s first hits). With fourth member Betty McGlown and her successor Barbara Martin, they would perform as the Primettes until they rechristened themselves as the Supremes in early 1961.

After auditioning unsuccessfully for the rising Detroit label Motown, the group cut a pair of tracks for another hometown imprint, LuPine; Wilson sang lead on the single B-side “Pretty Baby,” but, like Ballard, she was soon displaced in front by Ross. Finally brought on board at Motown, they struggled to find their musical niche, recording songs (by Smokey Robinson and others) that either languished on the charts or sat in the vault. In 1963, fourth member Martin exited the unit.

The trio finally began to hit pay dirt when the songwriting team of brothers Brian and Eddie Holland and Lamont Dozier became their principal cleffers. After reaching No. 2 on the R&B side with the writers’ “When the Lovelight Starts Shining Through His Eyes” in late 1963, the Supremes simultaneously climbed to the pinnacle of both the pop and R&B lists with the foot-stomping “Where Did Our Love Go” during the summer of 1964.

With Ross now installed as the lead vocalist, the trio rivaled the Beatles for radio and chart ubiquity over the course of the next three years. Their pop No. 1’s of 1964-67 included “Baby Love,” “Come See About Me,” “Stop! In the Name of Love,” “Back in My Arms Again,” “I Hear a Symphony,” “You Can’t Hurry Love,” “You Keep Me Hanging On” and “Reflections.”

In mid-1967, the increasingly unreliable Flo Ballard, wracked by alcoholism, drug abuse and depression, was expelled from the Supremes and replaced by Birdsong. Gordy – who already envisioned a career in Las Vegas, TV and films for Ross, with whom he was now involved romantically – established his paramour’s supremacy by rebranding the group as Diana Ross & the Supremes that year.

The writing was truly on the wall for the Supremes after Ross began recording as a soloist in 1968, and late the following year it was announced that she would be departing the group. The act’s swan song with its founding lead singer, “Some Day We’ll Be Together,” topped the pop and R&B charts in December 1969, and Ross made her exit after a heavily stage-managed farewell show at Las Vegas’ Frontier Hotel in January 1970. The single marked the act’s last visit to the top of the U.S. pop chart.

The Vegas show introduced Jean Terrell – sister of heavyweight prizefighter Ernie Terrell, and a singer in his group the Knockouts – as the Supremes’ new lead vocalist. Astonishingly, Berry Gordy swiftly tried to replace Terrell with Stevie Wonder’s wife Syreeta Wright, but, according to Mark Ribowsky’s tart, dishy 2009 history of the group, Wilson intervened; while Terrell remained, the Supremes never enjoyed the kind of budgets or promotion they had with Ross in the fold.

With Terrell taking the lead, the Supremes maintained some momentum: Beyond “Stoned Love,” they reached the R&B top 10 with “River Deep, Mountain High,” “Nathan Jones” and “Floy Joy. But Wilson remained the lone constant in an ever-shifting lineup after 1972, and by the late ‘70s the trio was mired in lightweight disco material – some of it supplied by the returning Holland-Dozier-Holland team.

The Supremes folded their tents with a London farewell show in June 1977. Wilson’s self-titled solo LP for Motown (which Marvin Gaye had planned to produce before his divorce wrangle with Gordy’s sister Anna scuttled it) failed to scratch the national album chart, and its lone single peaked at No. 95.

Except for her appearance on the ’83 Motown special, Wilson was little heard from until her eyebrow-raising memoir was published. (She would go on to write two more books about the Supremes, in 1990 and 2019.) The title of “Dreamgirl” was inspired by the hit 1981 Broadway musical, which the singer claimed was a largely accurate depiction of the tumult within the Supremes during Ross’ tenure.

Defending herself in a 1986 interview in Jet magazine against potential charges of serving up sour grapes, she said, “I’m sure people will have their own opinions about that, but I really don’t care. My main thing is that when I was in the group I maintained my position and I didn’t step into Diane’s position. I’m no longer in the group now. I have my own position to uphold and it’s not in the background.”

An attempt to reunite Wilson with Ross and the other surviving members of the Supremes for a 2000 tour came to naught after a protracted and public wrangle over Wilson’s fee for the trek.

Wilson’s album “Walk the Line” was released on the CEO label in 1992; she issued a pair of live DVDs in the new millennium.

In 2015, she released what was to be her last single, “Time to Move On,” which reached No. 23 on the Billboard dance chart.

Her publicist said that she had been working on trying to get a U.S. postage stamp designated for Ballard. Wilson’s activism included traveling to Washington, D.C. to lobby for the Music Modernization Act, which was passed into law in 2018.

She is survived by her daughter Turkessa and grandchildren (Mia, Marcanthony, Marina); her son, Pedro Antonio Jr and grandchildren (Isaiah, Ilah, Alexander, Alexandria). Both children are from her marriage to Dominican businessman and former Supremes manager Pedro Ferrer, whom she divorced in 1981. In 1994, the couple’s 14-year-old son Rafael was killed and Wilson was injured when her Jeep flipped on the road between Las Vegas and Los Angeles.

In lieu of flowers, the family has requested that friends and fans support UNCF.org and the Humpty Dumpty Institute.