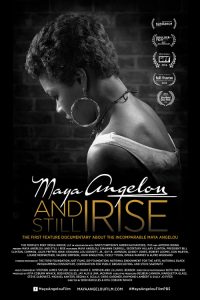 Synopsis: Co-directors Bob Hercules and Rita Coburn Whack present a lovingly crafted and comprehensive portrait of the esteemed Dr. Maya Angelou. The story is told by Angelou herself, along with a cast of contemporaries from her careers as actress, writer, poet and activist. In chronicling Angelou’s life from her youth in the Depression-era South through her rise to international prominence, the film is a vital document about the importance of grace, dignity and the quest for peace. — Chad Eberle READ REVIEW

Note: Actual release was in January 2016 but ARC Entertainment picked up the film and has set a October 14, 2016 limited theatrical release in the USA.