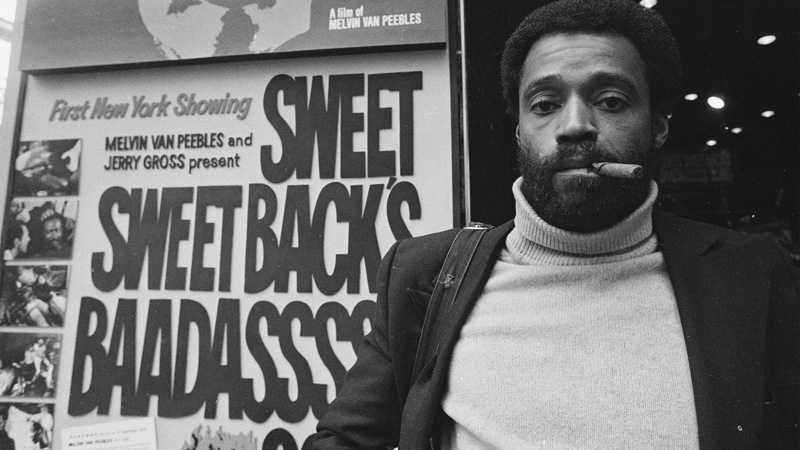 Filmmaker and author Melvin Van Peebles has died at the age of 89. The rebel director known for his groundbreaking “blaxploitation” films, passed on Sept. 21 surrounded by his family, the Criterion Collection announced.

“Dad knew that Black images matter,” his son Mario Van Peebles said in a statement released by Criterion. “If a picture is worth a thousand words, what was a movie worth? We want to be the success we see, thus we need to see ourselves being free. True liberation did not mean imitating the colonizer’s mentality. It meant appreciating the power, beauty and interconnectivity of all people.”

Melvin was known for directing productions such as the 1971 indie classic “Sweet Sweetback’s Baadasssss Song,” “The Story of a Three-Day Pass,” “Watermelon Man” and “Don’t Play Us Cheap.”

“Sweet Sweetback” is going to be played at the New York Film Festival later this week for its 50th anniversary.

“In an unparalleled career distinguished by relentless innovation, boundless curiosity and spiritual empathy, Melvin Van Peebles made an indelible mark on the international cultural landscape through his films, novels, plays and music,” the Criterion Collection added.

The father/son duo worked together for the 1989 film “Identity Crisis.” Melvin directed while Mario wrote and starred as a rapper possessed by a dead fashion mogul.

Melvin appeared in his son’s 1993 flick “Posse,” as well as in Mario’s drama “Panther,” writing the script adaption from his own novel.

Mario directed the film “Baadassss!” in 2003; it served as both a documentary and an homage to his father’s iconic film.

Melvin was married to actress Maria Marx in the 1950s. The marriage ended in divorce, but they shared daughter Megan Van Peebles and son Max Van Peebles.

He was born in Chicago and attended Ohio Wesleyan University. He earned a degree in literature and also served in the Air Force in his younger years.