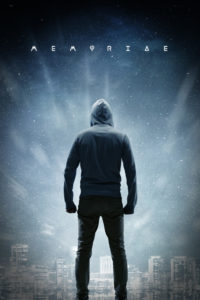 Synopsis: In the near future, a special high-tech device that expands brain potential has created a wide gap in the society. A social worker with a secret identity has got five days to unveil a dark truth and save his family from harm.

Release Date: Unknown | Length: 115 min | Genre: Drama, Sci-Fi | MPAA Rating: Unknown | Note(s): To be released on the internet. Film was suppose to be released in March but I didn’t find any updates on the Company’s Site or Facebook. So far all I’ve found is a picture posted on Philip’s Instagram page of the script’s cover. Philip’s Official Site has been taken down. It looks like production is back on for this film according to Deadline Hollywood. There is currently a poster and a runtime, but still no release date. Title changed from “Memoria” to “Memoriae”. There is still no update on this film, but because it has a poster and a runtime, I’m moving it to “Unreleased”.