Michael B. Jordan Talks ‘Without Remorse,’ Chadwick Boseman and more… 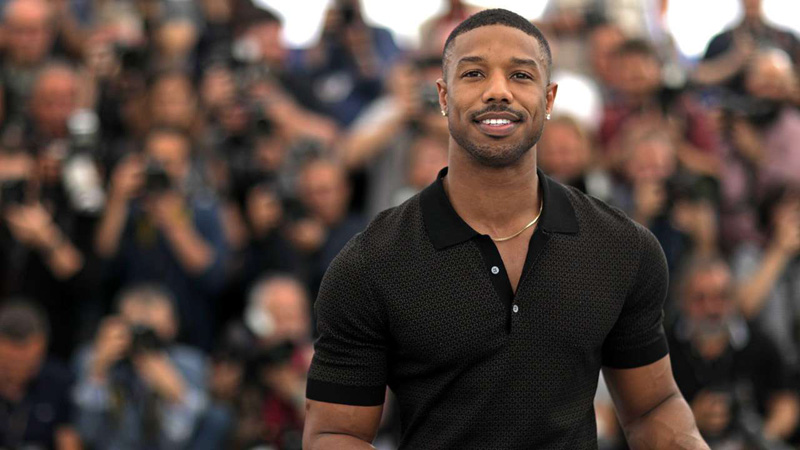 Michael B. Jordan hopes “Tom Clancy’s Without Remorse” isn’t the last audiences will see of him as John Clark.

“At the end of the day we wanted it to be a franchise, but we also know that you got to do one good movie first,” Jordan tells me on this week’s episode of the “Just for Variety” podcast. “You have to do a film that works. And this one works. I’m excited to see what the future holds and how we get to a ‘Rainbow Six.’”

While we’ve seen Jordan pack on the muscles and get into incredible shape for the “Creed” franchise and “Black Panther,” the actor says “Without Remorse” presented new challenges, specifically when it came to underwater work. He learned to use a rebreather, a device that allows someone to breath underwater without creating bubbles. “When you’re going on stealth missions and you’re underwater and traveling large distances, it takes all the bubbles away.”

Jordan was happy to hear that the “Black Panther” sequel will be called “Black Panther: Wakanda Forever.” In fact, I broke the news to him because Marvel announced the name just minutes before we spoke.

“Nice. Awesome,” Jordan said. “I like that. … Marvel does great, amazing work and the characters are awesome. We all took a hit with the loss of Chadwick, so for them trying to figure out how to move forward, I know it’s not an easy thing to do. So the fact that they settled on a title and figuring out this story, I think is truly incredible. If anybody could figure it out, it’s Ryan Coogler and Kevin Feige.”

Jordan also hadn’t seen Monday’s Marvel trailer that features footage of him and Boseman together while Stan Lee is heard saying in voiceover, “That man next to you, he’s your brother.” “Wow,” Jordan said, choking up. “Stan Lee saying that? I got to check it out.”

He said of his late friend and co-star, “I wish I had more time.”

Jordan is getting ready to make his directorial debut with “Creed III,” and he believes there’s more story to tell beyond a third film in the franchise. He was also recently directed by Denzel Washington in the upcoming drama “Journal for Jordan.” The film has been in the works for about four years. “I grew during this project and it helped me prepare for my next obstacle with ‘Creed III,’” Jordan said. “Everything happens in its right time.”

One thing that didn’t happen: “Star Wars.” Jordan finally revealed what happened when he auditioned for J.J. Abrams about eight years ago for “Star Wars: The Force Awakens.” Calling it his “worst audition to date,” Jordan explained, “I couldn’t wrap my brain around some of the sides because you know when you’re reading for these high-level projects, there’s never really any specificity in the sides. Everything’s like super vague; everything is in secret. Reading through, I just couldn’t connect it. I definitely bombed that one for sure.”