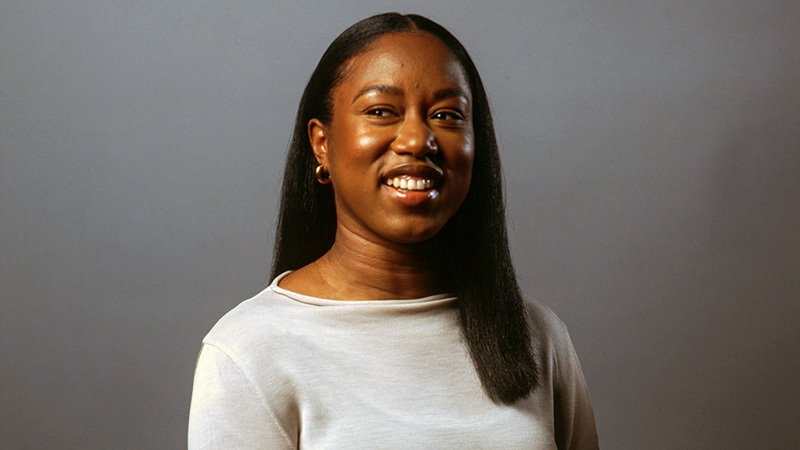 Montea Robinson has been named chief executive officer of Ghetto Film School. The GFS alumna will guide the non-profit organization’s plans to expand its reach and impact, with an emphasis on building out its program and enhancing career opportunities for its students.

Founded in 2000, Ghetto Film School serves 8,000 individuals, between the ages of 14 to 34, with locations in New York City, Los Angeles and London. In an interview with Variety, Robinson said the organization offers hands-on, practical experience for aspiring filmmakers.

“Whether you know how to write a script or point a camera, we’re going to put a camera in your hands and get you to shoot something with it,” she said. “You’re writing, shooting, directing all of the work…We see filmmaking as a craft that we want to teach our students, but also as a secondary education that helps them understand the agency they have over their own story.”

Robinson is a producer, educator and arts manager who joined GFS in 2016 as program director of the newly opened Los Angeles operation. There, she oversaw the development of its educational curriculum. In her first two years at GFS, Robinson brought in $500,000 in new revenue and expanded organizational partnerships with Dolby, NYU and Make Make Entertainment. She became executive director of GFS Los Angeles in 2018, expanding the teaching staff and taking a greater role in fundraising.

During the pandemic, Robinson designed the GFS company-wide response with enhanced production safety protocols and staff training, and forged key partnerships with Dolby, Netflix and Sony Music to support new virtual and hybrid programming. In 2020, Robinson led implementation of the organization’s five year strategic plan, developed with GFS board members and executive leadership.

Robinson said she wants to find ways to make the program available for more students and to enhance industry partnerships so that GFS students have more access to things like sound stages.

“When you think of the future of GFS, going deeper is more important than building scale,” she said. “We want to take a look at where we are right now and we want to strengthen that foundation.”

Prior to her time at GFS, Robinson worked in the broadcast and post production departments Wieden+Kennedy and Pereira & O’Dell. She holds a BFA in experimental film from the SUNY Purchase School of Film and Media Studies.

In her new role, Robinson will continue to be based in Los Angeles.