Netflix to Release Beasts of No Nation in October 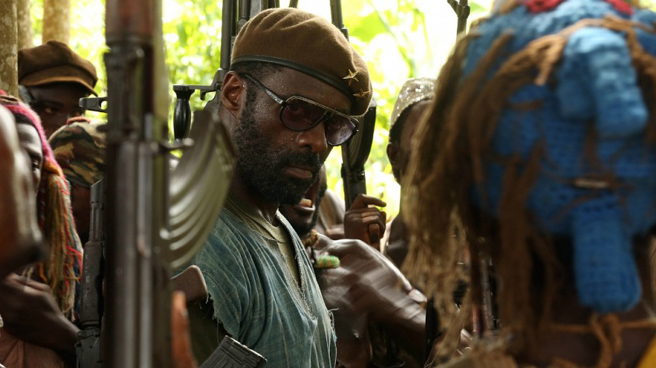 Netflix has firmed plans to release its first batch of theatrical-quality films. The streaming service’s feature film initiative begins with the October 16 release of Beasts Of No Nation, the drama about a child soldier torn from his family and pressed into fighting a civil war in an African country. The film is directed by True Detective‘s Cary Fukunaga and stars Idris Elba as a warlord who mentors the young man (played by Abraham Attah). Based on the novel by Nigerian author Uzodinma Iweala, Beasts will be released on Netflix in all territories, and on the same day it will be released in select U.S. theaters by distributor Bleecker Street. That will qualify the film for awards-season consideration. Amy Kaufman and Fukunaga produced with Daniela Taplin Lundberg, Riva Marker, Dan Crown and Elba. Jeff Skoll, Jonathan King, Laura Bickford and Donna Guiliatti are executive producers.