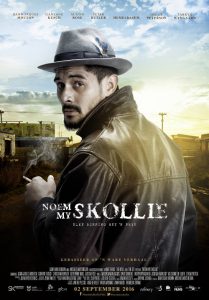 Synopsis: When young Abraham gets arrested for a petty crime he raises his status in prison by captivating the hardened gangsters with his knack for telling stories. He becomes the “prison cinema” whilst his childhood friend becomes the concubine of a gang boss. On their release from jail ‘AB’ finds romance with his childhood sweetheart and starts a new path in life as a writer but his friends rope him into a murder for which they all face the hang-man’s noose. Set in Cape Town, South Africa in the 1960s. The film is based on the life story of the scriptwriter Mr. John W. Fredericks

Note: There seems to be more cast than listed on IMDB.