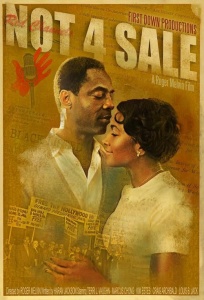 Synopsis: Set in the early 1950’s, the film is centered around the infamous “Hollywood Blacklist” – the list of entertainers who were singled out and blacklisted for their political leanings and associations (specifically the Communist Party), whether they were proven or just suspected. The movement damaged careers and friendships, and promoted ideological censorship across the entire industry.

Note: I didn’t find a release date for the film, just a post on Kickstarter from Roger Melvin and Haran Jackson saying that the film was complete.