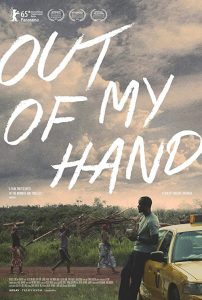 Synopsis: Out of My Hand is about a struggling Liberian rubber-plantation worker who risks everything to discover a new life as a cab driver in New York City. The film is a modern twist on a classic immigrant story, shot in Liberia and in New York, making use of rarely-seen locations in tandem with both non-actors and professional talent, espoused a naturalistic approach to better capture the lives of common plantation workers in Liberia, while simultaneously making use of a distinctively contemporary visual style. Out of My Hand is only the second foreign-production narrative feature film ever shot in Liberia and the first to be made in association with Liberia Movie Union, an affiliate of Liberian government.