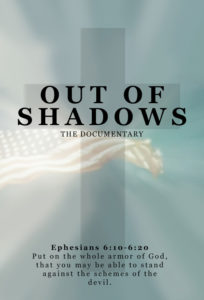 Synopsis: Out Of Shadows claims to lift the mask on how the mainstream media and Hollywood manipulate and control the masses by spreading propaganda throughout their content. The goal is to wake up the general public by attempting to shed light on how we all may have been lied to and potentially brainwashed by a “hidden” enemy with an apparently sinister agenda. This project was the result of almost two years of blood, sweat, and tears by a team of self proclaimed “woke professionals”. It’s been independently produced and funded and is available on many different platforms for free for anyone to watch. Donations keep our team fed and clothed