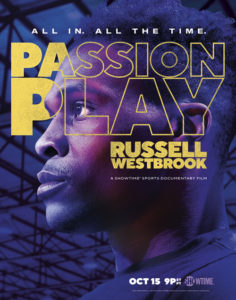 Synopsis: Chronicling the life and career of Russell Westbrook, one of the most dynamic, complex and frequently misunderstood figures in professional sports. Westbrook’s take no prisoners attitude has fueled him to 9 All-Star appearances and a league MVP award. Yet despite the scoring titles and the most career triple-doubles in NBA history, he enters the 2021-22 season on his fourth team in three years. Now playing for his hometown Los Angeles Lakers, he looks to silence his critics and cement his legacy on his own terms.

Release Date: October 15, 2021 (USA) | Length: 104 min | Genre: Biography, Sports | MPAA Rating: Unknown | Note(s): Not everyone in this documentary is named. IMDB currently only list Westbrook and I don’t know enough about the sport to expand the list right now.