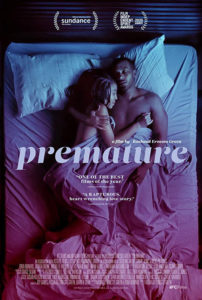 Synopsis: Set against the backdrop of a changing Harlem landscape, when seventeen year old Ayanna meets handsome and mysterious outsider Isaiah, her entire world is turned upside down on her path towards self-discovery as she travails the rigorous terrain of young love the summer before she leaves for college. READ REVIEW

Note: Premiered at the Sundance Film Festival on January 26, 2019. Above is the theatrical release date.