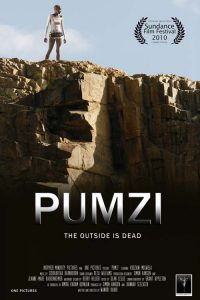 Synopsis: A sci-fi film about Africa in the future, 35 years after World War III, the water war.

Note: Premiered at the Kenya Film Festival in 2009. The rest of the cast listing comes from the actual film credits but because the roles played were generic, I wasn’t able to identify everyone. Official Site