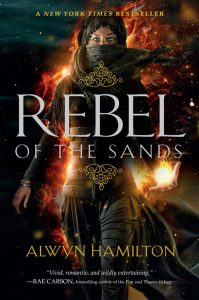 Synopsis: Set in a mystical desert nation called Mirahin, “Sands” follows “a gun-slinging girl desperate to escape her past, and a handsome foreigner who harbors dangerous secrets.

Note: This project was announced in 2017 but I haven’t seen any movement on it in a while and its not currently listed on IMDB so I’m moving it to “Never Made” unless there is an update.