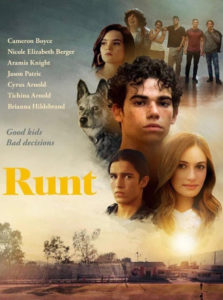 Synopsis: Neglected and unsupervised, a group of high school seniors are pulled into a downward cycle of violence.

Note: Still waiting for trailer. Premiered at the Mammoth Film Festival in February 29, 2020. The film missed its July 31, 2020 theatrical release date. If not released by the end of the year, I will let the festival release date stand.