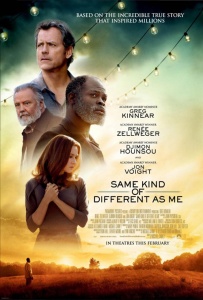 Synopsis: A modern-day slave, an international art dealer, and the unlikely woman who bound them together.