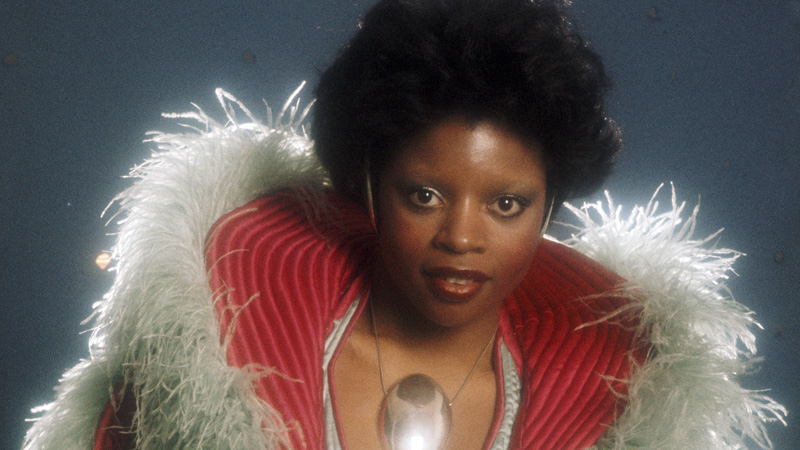 Sarah Dash — one-third of the powerhouse R&B trio Labelle and also a contributor to Keith Richards’ solo work — died on September 20th at age 76. According to her cousin and business manager John Dash III, Dash was found dead at her home in Trenton, New Jersey. No cause of death has been determined pending an autopsy.

As a founding member of Labelle, Dash appeared on their ubiquitous 1975 dance floor classic “Lady Marmalade” as well as on records by the group’s earlier incarnation, the Bluebelles (1962’s “I Sold My Heart to the Junkman”). Although she was often overshadowed by Patti LaBelle’s lung power and showmanship and Nona Hendryx’s rock-centric edge, Dash had a sweet feathery voice (not unlike Diana Ross’) that added sensuality to the trio’s sound — heard especially in Dash’s parts on the deep cut “(Can I Speak to You Before You Go to) Hollywood.”

“She had the most beautiful high soprano voice you’d ever want to hear,” LaBelle tells RS. “And she was a phenomenally sexy, beautiful woman who had class and elegance. She was a lead singer but preferred singing background.”

Dash’s solo track “Oo-La-La,  Too Soon” also enjoyed a long shelf life when it was remade in the Eighties as “Oh La, Sassoon” for Vidal Sassoon hair products.

The daughter of a pastor, Dash was born and raised in Trenton, New Jersey. Although she originally sang in church, she drifted into secular pop with her high school friend Hendryx. After Dash had relocated to Philadelphia, she and Hendryx joined forces with LaBelle (then Patricia Holte) and Cindy Birdsong to form the Bluebelles. As the renamed Patti LaBelle and the Bluebelles, they crashed the top 40 twice with “Down the Aisle” and “You’ll Never Walk Alone.” The group also opened for the Stones during some 1965 shows.

LaBelle says that her band mate was also “the person who kept everything together.” LaBelle recalled a moment during the Stones tour when she and Birdsong almost got into a brawl backstage. “We had driven from Philly to L.A., and I was irritable and we didn’t have much money,” LaBelle says. “We got into a fight and Sarah came in and said, ‘This will not happen. We are like sisters. We don’t fight!’ She was always the peacemaker.”

After Birdsong left to join the Supremes, where she replaced Florence Ballard, the again renamed Labelle bounced around on several labels before “Lady Marmalade” took over the airwaves, hitting Number One in 1975.  The stomper about a sex worker — sporting the ear-worm hook “Voulez-vous coucher avec moi ce soir?” (“Do you want to sleep with me tonight?”) — finally put Labelle over the top. Labelle were also a groundbreaking culture presence. By the early Seventies, they adapted a glitz-glam look, incorporated more socially conscious songs in their repertoire, and became the first black female pop group to headline the Metropolitan Opera House in New York. As space-age Afrofuturists, Labelle went where few all-women bands did at the time.

When the group broke up in 1977, Dash was initially adrift, as she later admitted: “What we had was working and I was happy with what we had.” LaBelle and Hendrix each landed solo deals with Epic, but Dash was left out in the cold, at least at first. “I was a little shaken by that,” she said in 1979. “Patti and Nona were both recording their first albums, and I didn’t even have a label.”

Signing with impresario Don  Kirshner’s label, she released several solo albums starting in 1979, most steeped in disco and ballads. Dash landed on the dance charts a few times, especially with 1979’s smoldering “Sinner Man,” but her own career failed to catch on. “I always saw us as equals in terms of talent,” Dash said of Labelle in 1988. “But Patti did most of the leads and Nona did more than I did. That was my only regret coming out of Labelle — not establishing myself enough in the group as a lead singer.”

In the late Eighties, Dash had a career resurgence with a new album and her collaborations with Keith Richards. “You know, I’m doing a solo album with some James Brown licks,” Richards told her. “I want you to do some backups and maybe we’ll do a duet.” Dash wound up with a prominent vocal on “Make No Mistake” on Richards’ Talk Is Cheap and joined his touring band, where she sang lead on a version of “Time Is on My Side.” Dash also contributed to his subsequent Main Offender solo record.

Starting in the Nineties, Dash moved into singing more jazz and blues. But she and their bandmates never left Labelle behind. The trio reunited for “Turn It Out” on the soundtrack of 1995’s To Wong Foo, Thanks for Everything! Julie Newmar and made a reunion album in 2008, some of its tracks produced by Lenny Kravitz. In 2019, Dash released her last single, the heavily dance-thumping “Something Inside.” According to Dash III, Labelle were next scheduled to re-form for a show in Chicago next year.

Dash’s last performance was September 18, when she joined LaBelle onstage in Atlantic City for an impromptu reunion. “She was healthy and fine and sang her face off,” LaBelle says. “The crowd went crazy. She had the best send-off. If that’s the way you’re going to leave, she left like a queen.”