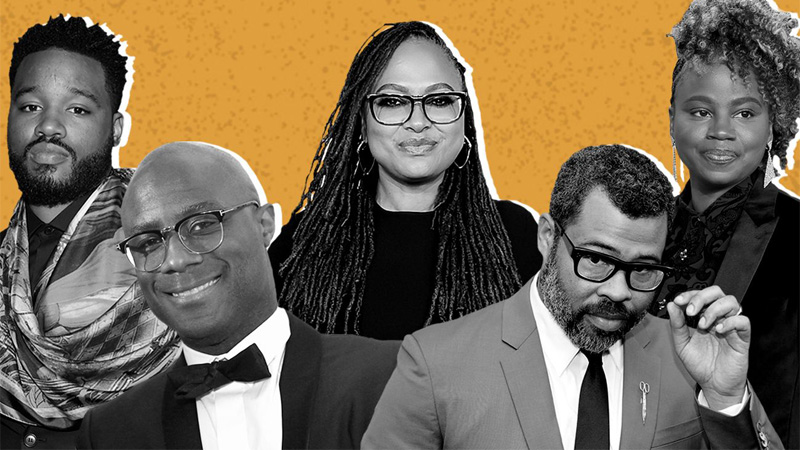 by Shadow and Act

This has been an excellent decade for the progression of Black images on screen and Black people behind the scenes. These Black filmmakers helped usher in a new era of Black cinema and defined the 2010s.

Tyler Perry has left an indelible mark on cinema in the past decade. He began the decade as the highest-paid man in entertainment and ended the decade with the grand opening of his 330-acre Tyler Perry Studios, solidifying Atlanta as the Hollywood of the South. Black Panther was the first production to film there and several more Black productions are in the works, including the upcoming Bad Boys for Life with Will Smith and Martin Lawrence. There’s also a compound for displaced LGBTQ youth on the property. His shows on the Oprah Winfrey Network, particularly, The Haves and the Have Nots, helped to stabilize OWN in its early years. His Madea franchise bowed earlier this year with A Madea Family Funeral, bringing the Madea box-office total to more than half a billion dollars.

Genevieve Nnaji has revolutionized images of Africa and African women on screen. The iconic Nigerian actress and filmmaker is Nollywood’s first billionaire and her international audience is expanding to America with her latest film Lionheart, distributed as a Netflix Original this year. As Shadow And Act wrote of Nnaji earlier this year: “More than Nnaji’s directorial debut, Lionheart is a window into the experiences of professional Nigerian women. Lionheart does what many Hollywood films refuse to do; it portrays Africa as a modern, metropolitan space and centers around an agency-having African woman.”  Lionheart also became Nigeria’s first-ever entry into the Academy Awards Best International Film category. When the Academy disqualified the film for being in English–Nigeria’s official language, Nnaji and other filmmakers including Ava DuVernay called out the Academy for its discrimination, sparking discussions about the impact of colonization on Nigeria and the Continent.

Malcolm D. Lee took Hollywood by storm with the 2013 release of his sequel film Best Man Holiday. Not only is it now one of the great classic Black films, but Best Man Holiday also silenced Hollywood’s racist presumptions that Black films couldn’t dominate the box office. On its opening night, the critically acclaimed film notably overtook Thor: The Dark World and made a total of more than $70 million. Lee then went on to silence Hollywood naysayers again with the comedy Girls Trip in 2017, which grossed $140 million worldwide, launched Tiffany Haddish’s career and showed the power of Black women on screen.

Though Wanuri Kahiu has only made one film this decade, the critically-acclaimed Rafiki, her work has left a lasting impact and legacy in the Diaspora. The 2018 drama shows the romance between two Kenyan women in the midst of hostile political and family environments in Kenya. The film was banned in Kenya by the Kenya Film Classification Board after Kahiu refused their demands to change the ending of the film, which the Board found was “too hopeful and positive” for lesbian Kenyan women. The ban threatened that anyone even in possession of the film would be breaking the law, as anti-queer laws made being queer punishable by more than a decade in prison. Kahiu sued Kenya’s government and in 2018, the high court overturned the ban and the film went on to be screened to sold-out crowds in the nation’s capital, Nairobi. Kahiu’s courageous battle in defense of Rafiki rippled throughout the Diaspora, becoming a win not just for the film, but for humanity and for the protection and celebration of Kenya’s queer people, as well as the Continent’s and the world’s.

Antoine Fuqua may be best known for 2001’s Training Day which won Denzel Washington his Academy Award, but in the past decade, Fuqua has directed 4 films which made over $100 million at the box office. Teaming up with Washington again, for The Equalizer franchise and The Magnificent Seven, and Morgan Freeman for Olympus Has Fallen, Fuqua’s only feature film to not pass the $100 million mark this decade was Southpaw, which made $94 million on a $30 million budget, solidifying Fuqua among the highest-grossing Black filmmakers in history.

Ryan Coogler is more than just the writer and director of the highest-grossing Black film of all time, Black Panther. His all-Black main cast redefined the superhero genre, had an undeniable impact on Black culture throughout the Diaspora, centered the stories of three-dimensional women characters and spotlighted darker-skinned leading ladies in a time when Hollywood is still rife with colorism. The 33-year-old filmmaker also revitalized the Rocky franchise and turned Michael B. Jordan into a box-office record-breaking leading man with the $100 million-plus Creed franchise. Though Black art has always reflected the politics and struggles of the time, Coogler’s debut feature film in 2013, Fruitvale Station, about the last day of life for Oscar Grant, who was killed by an Oakland police officer, launched what would become the Black Lives Matter era in cinema.

Jordan Peele reimagined the possibilities of the horror genre by centering Black people in his stories. His critically-acclaimed films Get Out and Us were revolutionary in their themes and messages, the latter centering a dark-skinned Black family and Lupita Nyong’o as the first Black leading lady to star in a horror film that grossed over $100 million in this decade. In March, Peele’s “Us First” screenings allowed Black journalists across the country to be among the first critics to watch and review Us, and Peele spoke to Shadow And Act about the importance of Black journalists having access to content that’s created for us.

Barry Jenkins was named Shadow And Act’s 2019 Game-Changer Award winner at the RISING Awards for his bold depictions of Black life and Black love on screen. Director and co-writer of Shadow And Act’s #1 film of the decade, Moonlight, Jenkins gave us a compassionate, gorgeous, queer Black love story like we had yet to see. His exploration of enduring Black love as a rebellion against the white supremacist legal system in his adaptation of James Baldwin’s If Beale Street Could Talk gave us a blueprint for handling Black trauma with love and care.

Ava DuVernay has defined the decade–and the landscape–of filmmaking like no other. The visionary auteur not only directed and wrote 5 revolutionary Black films and two TV series (including Shadow And Act’s best series of the decade, When They See Us), she’s broken records and paved the way for many other Black filmmakers to come behind and next to her. In 2012, she won Sundance’s Best Director award for her second feature of the decade, Middle of Nowhere, making her the first Black woman to receive that award. In 2014, with Selma, she became the first Black woman director to be nominated for a Golden Globe. Her Netflix documentary 13th was nominated for an Academy Award in 2017, further solidifying the streaming giant as an original content powerhouse. DuVernay also became the first Black woman to direct a film with a $100 million budget and to make over $100 million at the box office with her Afrofuturistic Disney feast for the eyes, A Wrinkle in Time.

Beyond the successes of her films, she has also been a warrior for racial and gender equity in Hollywood, founding her ARRAY distribution network to disrupt Hollywood’s exclusive distribution model. Through ARRAY, she’s acquired films from Black filmmakers and other marginalized women filmmakers, launching their films on Netflix’s international streaming platforms. She’s also set the standard for hiring women directors in what has been dubbed The Ava Effect. Not only did she help get Victoria Mahoney a job as the first woman director of a Star Wars film, with her first critically-acclaimed series, OWN’s Queen Sugar, DuVernay has hired all women directors for the entire four seasons, increasing the number of working women directors and sparking other showrunners and series, like Jessica Jones to follow suit. DuVernay reached gender equity on the set of her newest series, the Black love anthology Cherish the Day, and her newly opened Amanda Theater is disrupting Hollywood’s screening models.