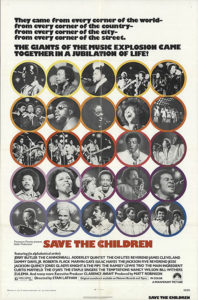 Note: You can listen to the soundtrack on Reelblack’s Youtube channel. It would be nice to see this actual concert because an extended clip I’ve seen of it looks amazing and has many more people than listed in the IMDB credits.