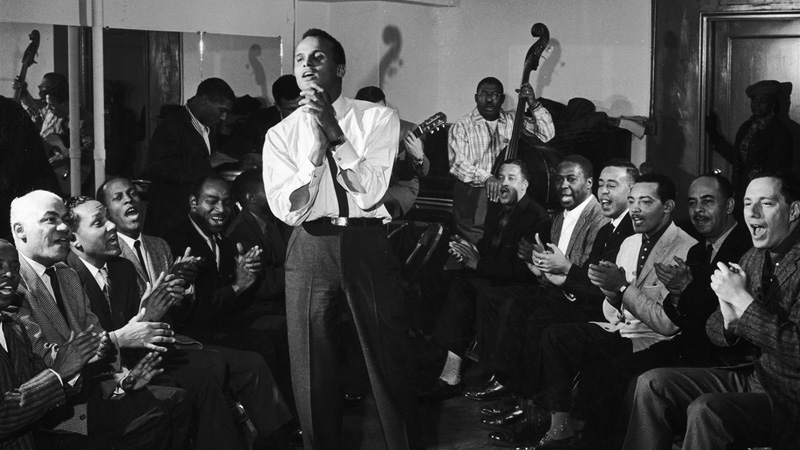 Items associated with the prolific life of cultural icon Harry Belafonte will soon be available to researchers at the New York Public Library’s Schomburg Center for Research in Black Culture.

With a repository of over 11 million items documenting black arts and culture, the Schomburg Center is one of the world’s leading cultural institutions devoted to preserving and exhibiting African American history.

The extensive archive was acquired Friday with the support of a consortium of funders, including the Andrew W. Mellon Foundation, the Open Society Foundations, the Ford Foundation, Danny and Manizeh Rimer and the New York State Black, Puerto Rican, Hispanic and Asian Legislative Caucus.

The collection includes audiovisual recordings, letters, manuscripts and photos that document Belafonte’s over 70-year career, beginning with his time at the American Negro Theatre in the basement of the Schomburg Center.

Schomburg Center Director Kevin Young said it was a “great honor” to welcome Belafonte’s return to Harlem. “A true Renaissance man, Belafonte’s range is on view in this previously unseen material, from musician to movie producer, actor to activist,” he said.

Known for his signature lyric “Day-O,” Belafonte popularized an Afro-Caribbean musical style — calypso — with international audiences. He also became the first American solo artist to sell a million albums and the first African American to win an Emmy before becoming a prominent activist in the civil rights movement.

“The Schomburg library in Harlem is one of the greatest gifts our city has bestowed on our community,” Belafonte, 93, said recently.

“It is deeply moving that this destination so critical to my life and well-being, from the days of my youth until now, should be the repository for much of my life’s work,” he said.

Included within the multimedia collection are Belafonte’s first recordings of songs like “Lean On Me,” movie scripts from his filmography, photo albums of his tours and even personal notes from his weeklong stint as guest host of “The Tonight Show” in 1968.

The rarities include papers documenting his friendship with Martin Luther King Jr. and his effort to help with the historic March on Washington.

In less than 2 years the archive will be available on a rolling basis to the general public, joining the collections of others with longstanding relationships with Harlem, including literary icon James Baldwin and trailblazing actors and activists Ruby Dee and Ossie Davis.