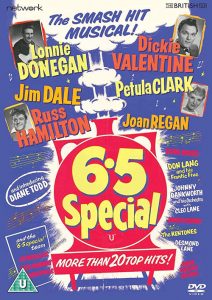 Synopsis: Spinning off from the legendary television pop show Six-Five Special, this star-studded, song-filled feature centres on an aspiring young singer taking her first step towards fame when she catches the ‘Six-Five Special’ to London. To her surprise, she finds the train packed with an array of ’50s showbiz talent – and, as the musical artistes rehearse en route, she gets a ringside seat to performances by Lonnie Donegan, Cleo Laine and Johnny Dankworth, Petula Clark, The John Barry Seven and many more!