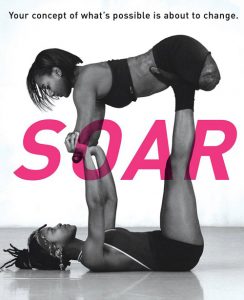 Synopsis: Kiera, a determined young woman and quadruple amputee since childhood, fights against stereotype and physical expectations as she fulfills her desire to dance and choreograph. All the while, her younger sister Uriah, who has long been both muse and best friend, struggles with the need to fulfill her own independent life and identity. Filmmaker Susan Hess Logeais is drawn into their journey, documenting the strain on their relationship as they pursue their separate paths and grow apart. In the end, their shared love of dance draws the sisters back together, healing their deep bond.

Note: IMDB has release date as May 2016, but I found an earlier premier at the Hollywood Theater on October 22, 2015 in Portland, Oregon.