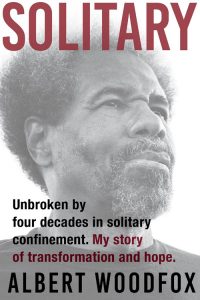 Synopsis: Solitary is based on a memoir that Albert Woodfox wrote about the 43 years he spent in solitary confinement in Louisiana’s Angola Prison. That is the longest stretch in the U.S. for a kind of incarceration that has roundly been denounced as being inhumane. It amounted to 23 hours in a 6-by-9 foot cell, with an hour a day in a fenced concrete “exercise yard,” but always alone. He drew that sentence following the 1972 murder of a prison guard that he has steadfastly denied committing.

Release Date: Unknown | Length: Unknown | Genre: Biography, Drama | MPAA Rating: Unknown | Note(s): Based on Albert Woodfox’s novel “Solitary: Unbroken by Four Decades In Solitary Confinement, My Story of Transformation and Hope”. Original Announcement. If no update by next expiration, I’m moving this film to “Never Made”.