Stella Meghie on the Unbearable Weight of Representation 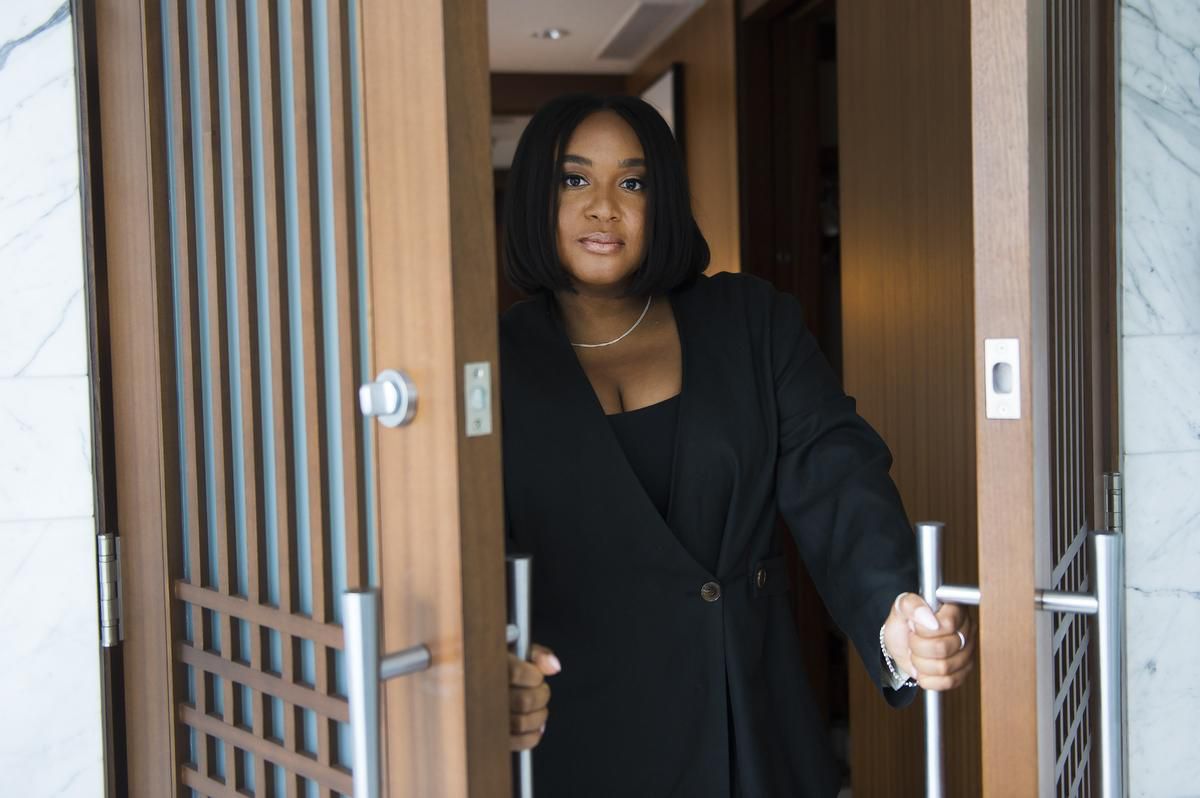 Writer/director Stella Meghie poses for a photograph for her new film “The Photograph” in Toronto on Friday, Feb, 7, 2020. Nathan Denette / THE CANADIAN PRESS

“The Photograph” is about to enter its third week in theaters. My head’s still spinning from the reviews and Twitter response — but let’s pretend I don’t read those. Folks have been kind to the film and I’m grateful. There’s unbearable weight called representation that lodged itself against my shoulders dropping a film during Black History Month and on Valentine’s Day. I joke with some of my friends and peers that I hope none of my films are ever called timely or important. I just want them to be good. Sometimes when they haven’t been tampered with too much, they can be. I want my work added to the canon of films I go back to year after year, but I could do without the comparisons — wishing there were enough films by black filmmakers that audiences and critics don’t feel forced to compare my work to a shortlist of black films or romantic dramas that have gotten their rightful due in the past decades. I cannot represent everything to everyone — and neither do I want to. I represent women like me when I’m at my best and writing honestly.

My work’s influenced by different moments in my life when I explored different tastes. I went to school in London to get a different perspective after living in New York and feeling like the world revolved around that city. I was obsessed with “Breathless,” “My Night at Maud’s,” “In the Mood for Love” and “She’s Gotta Have It.” I watched “Slums of Beverly Hills” and “Hannah and Her Sisters” far too much when I was writing my first film “Jean of the Joneses.”

My Jamaican grandmother, mother and aunts are responsible for my dry humor — for putting blunt dialogue in the words of the women I write and forcing the men around them to find it charming. I cackle when I watch “Who’s Afraid of Virginia Woolf” because I grew up around that kind of scathing conversation. Movies like “Mo’ Better Blues” and “Eternal Sunshine of the Spotless Mind” showed me the weight of a good romance not boxed in by chocolate boxes and flowers. Although — sometimes I worry only men can be taken seriously writing about women.

If I wasn’t in film, I’d likely be in music. Film and music are inseparable in my creative process.

I’m still floored by the soundtrack for “The Photograph.” I teared up the first time I saw Chante Adams and Y’lan Noel on-screen with Luther Vandross playing over them. I ugly cry hearing “London” by Robert Glasper. The score he created was so emotional, so rare — I’m so grateful to him. To have an artist who influenced my past work become a collaborator. A jazz score composed by a black composer — imagine that. We did it. I wanted the score to represent the blackness of its characters. I wanted my film to be about blackness and lived histories, without talking about it — without centering its story on the perils of whiteness.

I’m influenced by art and photography — as a professor once told me you have to be inspired by things other than films or you’re just stealing. I was inspired by Carrie Mae Weems’ “Kitchen Table Series” when I was writing “The Photograph” and imagining Violet’s kitchen in Louisiana. Photographer Jheyda McGarrell created “Christina’s Portfolio.” She was finishing her thesis at NYU when I asked her if she’d do it. Her work made Christina’s history feel lived in on-screen. It was important for me to find a woman of color to represent the character and to find artists that represented Mae to fill her apartment like Delita Martin, Mequitta Ahuja and Ervin A. Johnson.

If I’m honest — I hate talking about representation, but you’ll find it in my films.

Stella Meghie is a writer and director. Her credits include “Jean of the Joneses” and “The Photograph.”