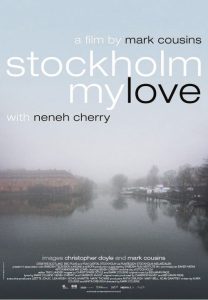 Synopsis: Architect Alva Diop is 47 years old. She loves architecture and the way buildings influence people’s lives. She has a daughter aged 20. She has a husband. She finds it hard to sleep and wakes up early in the mornings to go for walks in the city. Despite her love of architecture and the people around her, she no longer feels like a participant in her own life. And she isn’t. A year ago she killed a man. It was a traffic accident and Alva is actually innocent, but she is in shock anyway. And closed down. Now she wanders through a city that in many ways she loves, but whose feeling of consensus she can’t relate to.