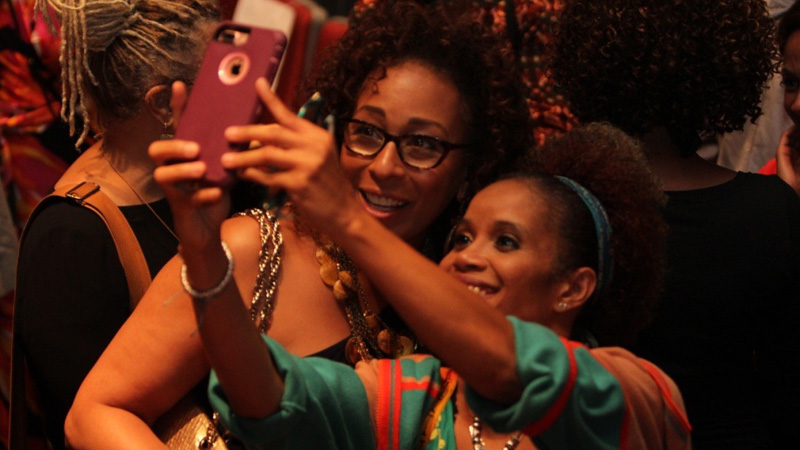 The Reel Sisters of the Diaspora Film Festival & Lecture Series is a two-day annual film festival founded by African Voices magazine and LIU’s Media Arts Dept., Brooklyn Campus. Established in 1997, Reel Sisters (www.reelsisters.org) is dedicated to providing opportunities for women of color filmmakers to advance their careers in the film industry. Reel Sisters is the first Academy Qualifying Film Festival devoted to women of color across the globe. Gender non-conforming filmmakers are welcomed to submit women centered films to the festival. Reel Sisters 22 Anniversary event will take place from Oct. 19-20, 2019 in NYC. Reel Sisters is a competitive festival and films are selected by an independent jury. Please submit films early as deadlines are final.

Reel Sisters accepts all genres and formats with a special interest in submissions from animated and web series producers. Send us films that will make our audience “cry, dance, laugh, sing and explore.” New in 2019 is an award for Best Original Soundtrack. Reel Sisters is an Academy Qualifying Film Festival for Short Narratives. The festival curates events throughout the year so all entries will be considered for our pre-festival Reel Sisters Tea & Cinema series. Join our worldwide community of film professionals in celebrating stories produced, directed and written by women of color!

Reel Sisters screens original films by women across the globe each year — the festival has screened over 5,000 films since its inception. Awards for Best Director, Best Documentary, Best Screenplay, Best Experimental, Best Animation, Best Feature, Best Short, Best Narrative, Best Web Series, Best Original Soundtrack and the Reel Sisters Spirit Award are selected by an independent jury composed of filmmakers, community leaders and artists. In 2016, Reel Sisters presented the Reel Sisters/Centric Awards, which includes a distribution deal with Centric/BET Networks. The cash awards depend on our funding level. It was a pleasure to bring back our scholarship awards to the film festival and with your support we can continue this tradition.

TRANSLATION: Your film must be English dubbed or have English subtitles if it is in any other language.

PRODUCTION STILLS & TRAILERS: Please make sure you upload production photos with your submission and a trailer. If you do not have photos, you can screen shot a photo by pausing a scene in your film to create one. If you do not have a trailer, please mention this fact when you submit. Your submission will not be complete without some form of promotional materials uploaded.

TO SUBMIT A FILM to REEL SISTERS: