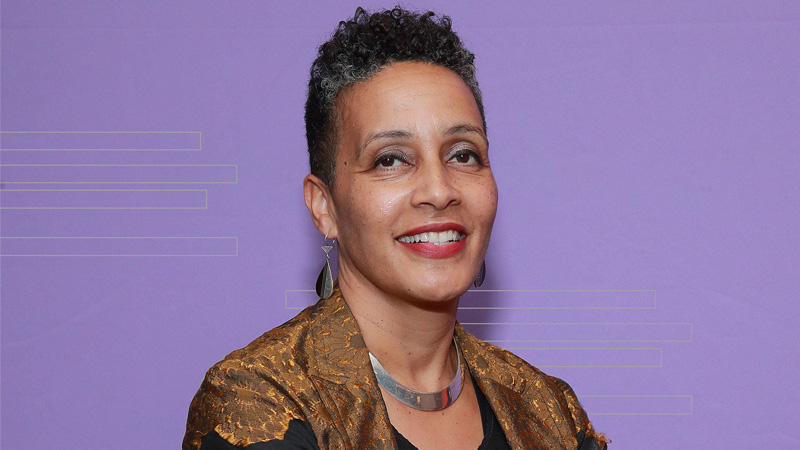 After nine days of films, episodics, events, premieres and snow, Sundance is winding down and its ending with huge news as the Park City fest has announced Tabitha Jackson as the new Director of the Sundance Film Festival.

Jackson, who joined the Sundance Institute as the Director of the Documentary Film Program in 2013, will take the torch from John Cooper, who announced he was stepping down from the post last June. Sundance 2020 was Cooper’s last fest as director. Jackson will oversee the Festival’s overall vision and strategy while leading a senior team in close collaboration with Director of Programming, Kim Yutani. Cooper will take on the newly-created role of Emeritus Director. He will oversee special projects including preparations for the Institute’s 40th anniversary in 2021.

“I founded Sundance Institute with the clear mission of celebrating and supporting independent artists, said Sundance Institute founder Robert Redford in a statement, “and the Festival is the platform where we can showcase their stories. As we approach our fortieth anniversary, I’m pleased to have Tabitha lead us as we move into the future and meet the next generation of artists and their stories.”

“The process of getting this incredible job was pretty lengthy and pretty rigorous,” Jackson told Deadline in regards to taking on the new role. “One of the interviews I had was with Robert Redford and I asked him what he was looking for in the next festival director and he was very clear and said that he was looking for a commitment to the independent and an embrace of change.”

She continued, “With those two touchstones from him, which, are incidentally the same founding values that he had in 1981, are still resonant and relevant today. I’m very confident in the ‘why’ of what we do. We will all be about valuing, nurturing, championing the independent voice and getting work to audiences because I think independent media is a catalytic force for both social and cultural progress.”

Jackson said they want to continue Sundance’s initiative of discovering voices and work that can illuminate society in and, at the same time they hope that they hope to give the work a powerful reach. She notes that there will be challenges In terms because of the notable shifting landscape in media consolidation, cultural fragmentation and social media.

She added, “There’s a real necessity for festivals almost as a circuit of distribution. It’s hard. It’s much easier than it has been before for this independent work to be seen, which is wonderful but part of our role as a curator is to lift up and draw attention to that work and those artists that we feel may go unnoticed.”

According to a recent study from the USC Annenberg Inclusion Initiative and Time’s Up, there is a common pattern of a lack of women and people of color in film festivals, which is an entry point to the industry for emerging filmmakers. Speaking to that, Jackson touched on the festival as the start of a pipeline for marginalized and underrepresented voices in film. She said festivals play a significant role for lifting underrepresented voices — but it’s not something that they can do or would want to do alone.

Jackson points out that she is excited to work with Yutani for next year,  but points out that Sundance doesn’t start with the festival. It starts with nurturing ideas and stories as they come through the labs. “The moment where that work meets the world is a seminal moment and one of our jobs as curators is to lift it up and provide a context for it, in terms of the audiences, critics and in terms of understanding that comes with that work as it’s carried into the broader culture.”

Prior to joining the Sundance Institute, Jackson worked at Channel 4 to support independent and alternative voices and find fresh and innovative ways of storytelling. She executive produced a number of projects for the UK’s Film 4 including Bart Layton’s The Imposter, Mark Cousins’ The Story of Film, Clio Barnard’s The Arbor, Sophie Fiennes’ The Pervert’s Guide to Ideology as well as Iain Forsyth and Jane Pollards’ 20,000 Days on Earth.  Jackson was drawn to these filmmakers, along with many others, because of their use of innovative cinematic storytelling to challenge accepted orthodoxies, and, as a result, revealing a little more of the human condition.