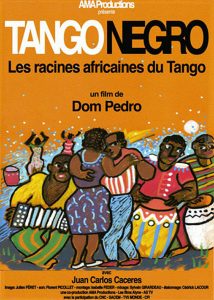 Synopsis: Tango Negro, The African Roots of Tango by Angolan filmmaker Dom Pedro explores the expression of Tango’s Africanness and the contribution of African cultures in the creation of the tango. Tango was a reflection of the social life of the slaves that were taken to South America – including Argentina and Uruguay – mostly from central Africa, particularly from the former Kongo Kingdom. Director Dom Pedro reveals the depth of the footprints of the African music on the tango, through this rich movie combining musical performances and interviews from many tango fans and historians in Latin America and Europe, including the renowned Argentinean pianist Juan Carlos Caceres.