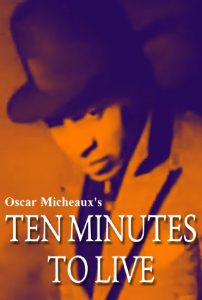 Synopsis: A movie producer offers a nightclub singer a role in his latest film, but all he really wants to do is bed her. She knows, but accepts anyway. Meanwhile, a patron at the club gets a note saying that she’ll soon get another note, and that she will be killed ten minutes after that.