Other notable nominees, with respect to this blog’s interests, include Jonas Carpignano, whose sophomore feature A Ciambra is also contending for a Best Director win.

Amman Abbasi’s Dayveon, Antonio Méndez Esparza’s Life and Nothing More, and Michael O’Shea’s The Transfiguration are all nominated for the John Cassavetes, which goes to the best feature film made for under $500,000.

Regina Williams is a Best Lead Actress nominee for Life and Nothing More. 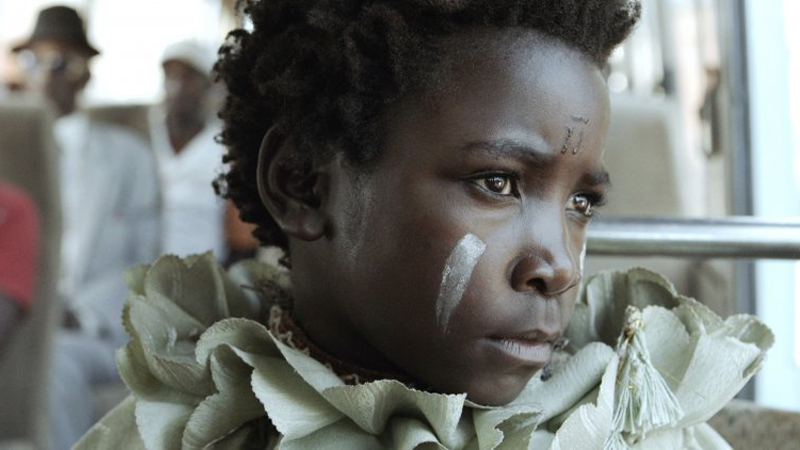 I Am Not a Witch

Nnamdi Asomugha is a Best Supporting Male nominee for his work opposite Lakeith Stanfield in Crown Heights; and Taliah Lennice Webster picked up a nomination for Best Supporting Female for  her performance in Good Time.

Rungano Nyoni’s I Am Not a Witch is a nominee in the Best International Film category, representing the UK.

Jonathan Olshefski’s Quest is nominated for Best Documentary, as well as the Truer Than Fiction Award which is presented to an emerging director of non-fiction features who has not yet received significant recognition. The award includes a $25,000 unrestricted grant sponsored by the Jeep brand.

And finally, Dee Rees’ Mudbound will receive the prestigious Robert Altman Award, named after the maverick director, screenwriter, and producer.

The nominees for the 2018 Film Independent Spirit Awards were unveiled this morning at The Jeremy hotel in West Hollywood by presenters Tessa Thompson and Lily Collins. Watch the press presentation in its entirety below for the full list of nominees.