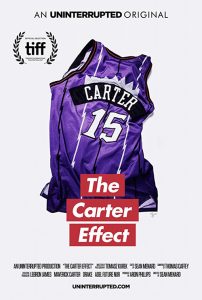 Synopsis: In his latest documentary, Sean Menard gives viewers an unprecedented look at Vince Carter: the six-foot-six, eight-time NBA All-Star from Daytona Beach who made waves in the Canadian basketball scene when he joined the Raptors in 1998.

Note: The above cast list is from the film itself. Drake and Lebron James were executive producers on the project.