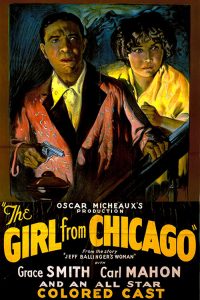 Synopsis: The story concerns a Federal agent who falls in love while on assignment in Mississippi. He helps his lover escape a local thug, and the film follows them to Harlem where they become involved in the assassination of a Cuban racketeer, played by Juano Hernández.

*Note: Remake of Oscar Micheaux’s “The Spider’s Web”. I didn’t find a trailer for this film. Based on the story “Jeff Ballinger’s Woman” by Oscar Micheaux.