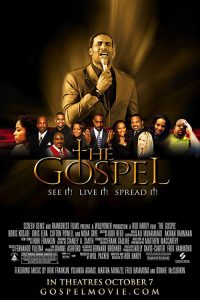 Synopsis: A young singer turns his back on God and his father’s church when tragedy strikes. He returns years later to find the once powerful congregation in disarray. With his childhood friend creating a “new vision” for the church, he is forced to deal with family turmoil, career suicide, and relationship issues that send him on a collision course with redemption or destruction.