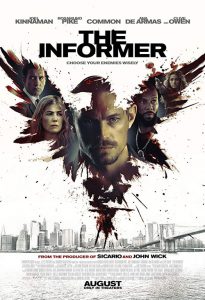 Synopsis: The film follows reformed-criminal and former special ops soldier Pete Hoffman who, in order to free himself from jail and return to his wife and daughter, has been working undercover for crooked FBI handlers to infiltrate the Polish mob’s drug trade in New York. In a final step towards freedom, Hoffman must return to the one place he’s fought so hard to leave, Bale Hill Prison, where his mission becomes a race against time when a drug deal goes wrong and threatens his identity as a mole.