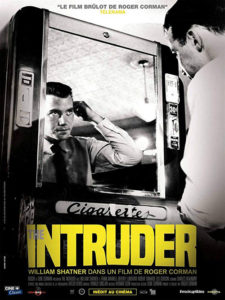 Synopsis: A man in a gleaming white suit comes to a small Southern town on the eve of integration. His name is Adam Cramer. He calls himself a social reformer. But his aim is to incite the people against letting black children into the town’s white school. Soon he has the white citizens of the town worked up. He thinks he’s leading them; but a man he befriends and immediately betrays knows better. The people have become a mob. The black leader of a church and a white newspaper editor soon feel its wrath. But after a false accusation against a black student, Adam Cramer may find the people are totally and permanently out of his control.

Note: need full credits. They are not on the DVD cover or at the end of the film online. Not sure if they are on the DVD but will look into it. Characters played by blacks in the film; Uncle Roy, Albert, Joey Greene (Charles Barnes), Mr and Mrs Greene and The Pastor.