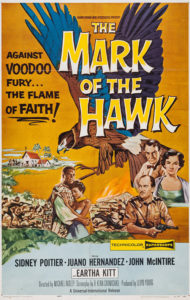 Synopsis: The man called Obam struggles with the increasingly hostile forces facing each other in a colonial African country. The African natives want their land and lives back from the British colonists. Obam’s motives are questioned by his own people, in particular his brother Kanda. With the help of his wife Renee and missionary Bruce Craig, will he be able to get things under control before the country self-destructs?