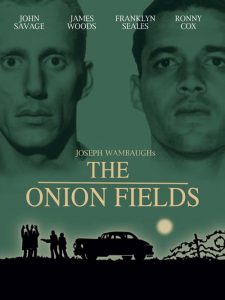 Synopsis: Greg Powell is a disturbed ex-con who recruits Jimmy Smith (aka Jimmy Youngblood), a petty thief, as his partner in crime. Powell panics one night when the two of them are pulled over by a pair of cops for broken brake-lights. Powell decides to kidnap the cops and Smith, as always, reluctantly goes along with Powell’s crazy scheme. The group drives out to a deserted onion field in Bakersfield, California and one officer is shot while the other escapes. The remainder of the film explores the nature of the American justice system, as well as the devastating psychological effects of this event and the trial on the surviving officer.