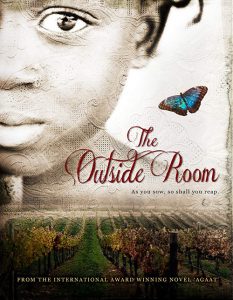 Synopsis: Adopted into a white apartheid era family in South Africa, and then cast aside into the servant’s quarters by the woman she considered her mother, Agaat fights to forge an identity not defined by her skin color.

Release Date: Unknown | Length: 130 min | Genre: Drama | MPAA Rating: Unknown | Note(s): Title changed from “Agaat” to “The Outside Room”. Sophie Okonedo was originally attached to this project when Jocelyn Moorehouse was directing and writing, but I don’t see either of their names in the current cast list for this film. Not sure what’s going on with this project. It has a runtime but no release date. I will give it another expiration and if no update I will move it to “Unreleased” or something.